In a time when review scores matter more than ever, most publishers and developers are putting some long overdue attention into their licensed games. A few duffers do still slip out though, in hope that people will buy them based on name alone.

Weâ€™ve put our thinking caps on and tried to formulate remedies to fix gamingâ€™s most abused licenses.

We were really surprised that Aliens: Colonial Marines didnâ€™t have any slower paced sections to build tension and help to create an atmosphere. Although a survival horror game wouldnâ€™t be particularly mainstream, it would suit the license.

Think along the lines of ZombiU â€“ every Xeno encounter as frightful as the last, each with the ability to rip a mere human to shreds within seconds. It’s vital that every bullet hits its mark as ammo is scarce; torch light even more valuable still. Every now and then youâ€™re lulled into a sense of false confidence by finding a flame thrower or such. This would help to keep things entertaining and prevent the experience from feeling dull. The motion tracker too could be used to build tension, sometimes giving off false readings.

Another suggestion? A tower defence game, set during Aliens. Many games have copied Aliensâ€™ sentry turrets over the years â€“ here would be the ideal chance to exploit that idea, giving us upgradable turrets that can be carried and repositioned. Aliensâ€™ long list of Marines could be playable, each with their own signature weapon thatâ€™s more powerful than the standard â€“ Hickâ€™s shotgun, Ripleyâ€™s flamethrower and so on. The welding tool could also be put to good use, either for sealing up doors when becoming overrun or to open up new rooms as the game progresses.

That last idea is probably a little bit too limited for a full price title, but as a PSN/XBLA game weâ€™d imagine it would do quite well. 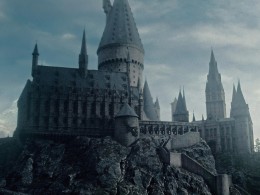 The recent Harry Potter Kinect had the right concept â€“ set the game across all eight books. The same applies for our vision of a magical Harry Potter experience, with inspiration also taken from Rockstarâ€™s Bully.

Imagine a free-roaming Hogwarts, where Harry doesnâ€™t learn new spells by attending dull lessons but by levelling up by taking on quests inspired by the books. As the game progresses, Harry gets older and stronger. Completing quests also adds things to the inventory, including the invisibility cape that can be used to sneak around Hogwarts at night.

As per the books, the game ends with a battle against Voldermort. The difficulty of the final battle would be dependent on how many friends youâ€™ve made along the way. Best keep Weasley up to his eyeballs in chocolate frogs, eh?

Star Wars Battlefield, Star Wars Rogue Leader II and Star Wars Knights of the Old Republic are, in our opinion, the best games based on George Lucasâ€™ sci-fi saga. A combination of the three is what we propose.

Let us start off with a run of the mill Stormtrooper or Alliance Rebel, then earn XP as we go. Levelling up would unlock new armour, weapons and perks. Battles could take place on land and air; if shot down while in space a QTE could occur where if successful your character could leap into an escape pod and make it back down to the ground safely. Darth Vader, Han Solo and Luke would feature but only one player gets to play as them per battle â€“ a decision thatâ€™s randomised. This would keep players engaged for long periods, hoping that the next battle will see them case as one of the filmâ€™s stars.

We donâ€™t care about a plot; just let us shoot Stormtroopers, clamber into AT-ATs and give us a fleeting chance of getting a huge kill streak by becoming Darth Vader.

Out of all the licenses mentioned, this one has the best chance of becoming a reality â€“ a new Battlefield has been tipped for quite some time now. 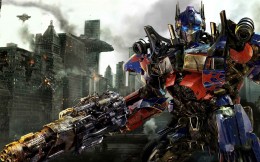 One of the first Transformers tie-ins on Nintendo DS had a brilliant idea behind it. Rather than play as Optimus or one of the other Transformers, you were instead cast as a random â€œnakedâ€ Transformer. Here, scanning vehicles as they drove past the crudely rendered 3D environments would unlock new transformations. Run after a sports car and scan it, and you too could drive around at high speed. Need some firepower? Get into an army base and scan a helicopter.

This idea would work just as brilliantly in a full-blown free-roaming game, similar to Activisionâ€™s own Prototype series. Of course there would be boss battles and such along the way. Defeating these would give the chance to scan and become them, allowing access to more firepower and character-specific weapons like sniper rifles.

It certainly couldnâ€™t turn out any worse than any of Activisionâ€™s Transformers movie tie-ins. 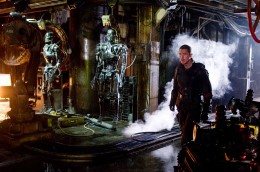 When rewatching Terminator Salvation recently (for our sins, man) it dawned upon us that the filmâ€™s ravaged world setting is very similar to that of Fallout 3. Barely a building has been left standing; landscapes are nothing more than beige wastelands stretching as far as the eye can see.

An open-world structure similar to Fallout 3 would suit the license superbly, and if the developers were cheeky enough, the VATS targeting system could also be copied in its entirety, allowing specific parts of the relentless Terminators to be targeted. The plot? Something along the lines of trying to form an army of freedom fighters to take over a Skynet compound. The more stragglers found, the better your chances – just like Mass Effect 3.

Missions meanwhile would include locating ammo stashes, setting up comms networks and the like. As well as the Terminators, various wildlife would have to be dealt with too, including coyotes, snakes and giant rats.

Ok, maybe not that last one. Weâ€™ve had our fair share of killing giant rats over the years. They even showed up in one of the last Robocop games, of all things.