Most web-based mini-games are designed with one goal in mind: to promote full price titles. A lot of them are terrible, but there are a few exceptions perfectly suited for a quick play during a lunch break. 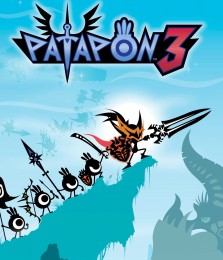 Hereâ€™s a quick recap of the freebies found on Sony’s and Microsoft’s websites for all the office-bound bods out there. Or indeed anybody looking to fill a five minute gap.

Sonyâ€™s assortment is the poorer of the two, so weâ€™ll get these out of the way first. The highlight by far is Racket & Clank All 4 One: 8-bit Mini Mayhem. Itâ€™s a top-down shooter comparable to Robotron, with some tidy sprite work and the usual outlandish weaponry the series is renowned for. The medals awarded at the end of each level are a nice touch.

Thereâ€™s also Patapon 3, which is similar to the full game and requires the arrow keys to be pressed in time with the music to keep a tribe moving. Donâ€™t blame us if you get some strange looks when playing this one around others with the volume up though.

The Little Deviants whack-a-mole and Everybodyâ€™s Golf ball hunting mini-games are pretty terrible; Space Tower and Grav Lander are clones of Tetris and Thurst, and as such are quite addictive. There are a few other games listed on the PSP Essentials site, but when clicking on them they appear to have been removed. It’s time for a tidy up there, Sony. 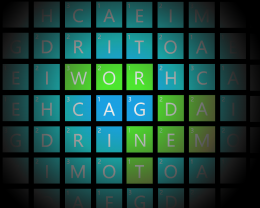 Over on Xbox.com, Wordament should be your first port of call. Itâ€™s a game thatâ€™s had coverage in the press recently as the iOS version is the first of its kind to offer Xbox Live achievements.

This web-based version also has achievements to unlock once signing in with a Gamertag. The nice thing about this is that theyâ€™re different from the iOS version â€“ between the two thereâ€™s 100G to gain.

As word games go itâ€™s one of the best in recent times, even gaining 9/10 from Eurogamer. Text Twist 2 is also available as an alternative, but why have a burger when you can have steak?

The other three games available are provided by PopCap â€“ Plants vs Zombies, Zumaâ€™s Revenge and the bored housewifeâ€™s favourite Bejeweled 3. There are no achievements to unlock in these but theyâ€™re all very good games. Itâ€™s slightly odd that theyâ€™re available to play for free when theyâ€™d cost a combined 3,200 MSP to download on Xbox Live. That said, you arenâ€™t quite getting the full experiences.

One word of warning â€“ Wordament is incredibly addictive. If youâ€™ve got a busy day of work ahead, it may be wise to save this one for a quiet day. Or at least for when your boss isnâ€™t looking.