Sonic, Mario and Mortal Kombat â€“ if there was a franchise guaranteed to sell magazines back in the â€˜90s, it was one of those. After appearing in arcades in 1992, Mortal Kombat had become a phenomenon, fuelled by the controversy caused in its wake. 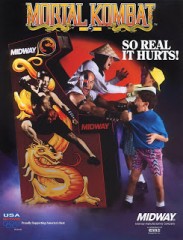 Today, Mortal Kombat looks incredibly tame. Comical, even. Back in 1992, though, digitized actors pulling out spines and other vital organs was a cause for concern for many. Nintendo allegedly requested the gore to be removed from the SNES version. Instead of blood spurting all over the place, SNES owners were exposed to harmless puddles of sweat. Cue plenty of Nintendo fans writing into NMS and other magazines asking what the â€œgore codeâ€ was.

Asking how to â€œbe Goroâ€ was another popular question back in the day. Would you believe that only the Game Boy version allowed gamers to play as the penultimate boss?

Anyway, we digress. The SNES version ended up being was heavily outsold by the Mega Drive version â€“ at quite a significant rate â€“ and so Nintendo, no doubt begrudgingly, allowed the gore to be included in the sequels. The amusing thing about this is that Acclaimâ€™s European boss Rod Cousens said that the SNES version wasnâ€™t as violent as the Mega Drive due to â€œrestraints of hardwareâ€. This caused SEGA diehards to excitedly proclaim that the SNES “couldn’t do violent games”. Good old ’90s console rivalry, there. 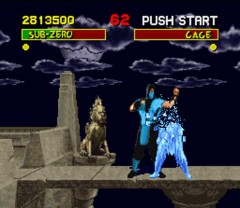 Even without the guts and grizzle, Mortal Kombat was still a more than proficient brawler. Not as technical as Street Fighter II, but flashier and faster paced. Just four people worked on the arcade original, which was initially going to be based on Universal Soldier. This is where the character Johnny Cage stems from, who is fully intended to be a spoof of Van Damme. Other influences cited by John Tobias include the Tsui Hark films Zu Warriors and The Swordsman, both of which were kung-fu movies with supernatural elements.

The Mega CD version had a cheat that rather oddly turned the characterâ€™s names into those from Dadâ€™s Army.

Before the name Mortal Kombat was settled on, other touted names included â€œDragon Attackâ€, â€œDeath Blowâ€ and â€œFatalityâ€. The last one would have been apt, as the fatalities are synonymous with the series as a whole. The chance to deliver a final fatal blow to your opponent by pushing the correct combination of buttons was the ultimate in degrading your rival. Later Mortal Kombat games added â€œAnimalitiesâ€, â€œBabalitiesâ€ and, somewhat ironically, the chance to make friends with your enemy. 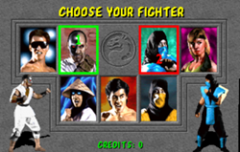 Just seven playable characters featured, along with two bosses â€“ the four-armed Goro and Chinese sorcerer Shang Tsung, who is said to be based on Lo Pan from the movie Big Trouble in Little China. Being an arcade game designed to guzzle coins, the developers thought of a couple of ways to provide plenty of battles to play through until the ending credits rolled. The first of these was a mirror match against an identical opponent. This was then followed by a handful of endurance matches in which two characters had to be fought one after the other. 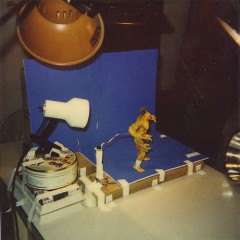 Goro and Shang Tsung put up a good fight too, usually requiring continues to conquer. Goro â€“ whose sprite was captured via a stop-motion model â€“ had a knack of blocking uppercuts and then spontaneously performing one on the player, before leaping through the air and jumping on their corpse. Throw a projectile and heâ€™d throw one back immediately, which dealt a fair amount of damage. Shang Tsung on the other hand could throw three projectiles at once and also morph into other characters to use their attacks. 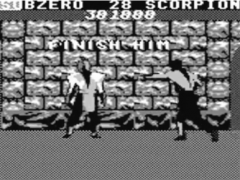 The home versions launched 11 months after the arcade release on 13th September, a day dubbed Mortal Monday. Acclaim published the console versions and released 2 million copies at launch, all of which sold out within a number of weeks. The gore in the Mega Drive version had to be unlocked by entering a code. As you can imagine, once discovered word of it spread quickly around school playgrounds.

Mortal Kombat even eventually made it to the 8-bit formats, including Game Boy, Game Gear and Master System. These versions were lacking in content, containing only two backdrops, but remained fun to play thanks to responsive controls. 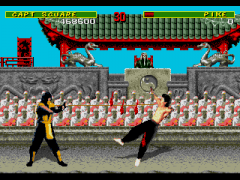 1994 then saw the release of the Mega CD version which, along with an FMV intro with a rather unfitting dance soundtrack, had a cheat that rather oddly turned the characterâ€™s names into those from Dadâ€™s Army. â€œDonâ€™t tell him your name, Pike!â€

Crazier still, at least in terms of design, was the Amiga version. Special moves were a breeze to pull off as it used just a single attack button.

Is Mortal Kombat a classic? Itâ€™s not a game for everybody, thatâ€™s for sure. Retro Gamer magazine even came under fire when putting it on the front cover a few years ago. Itâ€™s amazing to think that people thought one the â€˜90s biggest grossing games should have been denied that privilege.