It seems very odd that in a time when itâ€™s vital for a game to turn a profit, there are a still a few games released with very little publicity or fanfare. Games such as these, for instance:

We assume the title is meant to be a play on â€˜Of Mice and Menâ€™, and if that is the case then we approve. This RPG was sneaked out during the summer where it met a steady string of 7/10 review scores.

Although quite a hard game to find in the UK, we imagine thatâ€™s not the case in other parts of Europe â€“ a lot of the reviews online are from gaming sites based in Germany, Sweden, Italy and Finland. “Dat est gut” no doubt at least one of them said.

Flight games do have quite a large following. Well, certainly on PC, but not so much on consoles. This sky-bound shooter was available as a standalone game or bundled with a flight-stick that could be customized with a ‘decal set’ (read: super fun stickers).

We havenâ€™t seen either for sale on the high street. In fact, the flight-stick set is still a staggering Â£89.99 on Amazon.

When Ubisoft announced a retail collection containing just three Xbox Live Arcade games, most of the gaming websites covered the news in great detail. When Capcom announced their collection containing twelve XBLA games though – including Final Fight Double Impact and Super Street Fighter II HD – barely an eyelid was batted. We have absolutely no idea why.

Now available for around Â£15, itâ€™s very good value for money and loaded with easy achievements. Just don’t expect to find many people playing the likes of 1942 online. 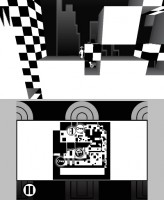 Usually when a demo of a 3DS game is available on the 3DS eShop the game in question ends up getting a little bit of extra press coverage. Nintendo sites, if nobody else, are quite happy to dedicate news articles to reporting that demos of new games are now available. That didnâ€™t happen with monchrome puzzler Shifting World though â€“ both the US and European releases passed everybody by.

Given the mediocre review scores itâ€™s probably for the best.

A demo of this RPG is also available on the 3DS eShop, but even that combined with a Â£24.99 price tag and slew of glowing review scores failed to get tongues waggling.

We should be incredibly grateful that it was even published in the UK seeing that its predecessor â€“ 999: Nine Hours, Nine Persons, Nine Doors
â€“ wasnâ€™t released over here.

Itâ€™s sad to think that New Little Kingâ€™s Story has more than likely sold worse that the Wii original, a game that failed to set the charts alight itself despite gaining glowing review scores. It even made the cover of NGamer magazine.

Pre-orders for New Little Kingâ€™s Story in particular must have been criminally low â€“ every single online retailer had a different release date for it and as such it ended up arriving almost out of the blue. Fans of the different and quirky would do well to take a look.

With no new Tropico city-building sim to publish on consoles this year, Kalisto thought that Port Royale 3 would make a good substitute. It didnâ€™t prove to be, but itâ€™s still far from the worst game to be released in 2012. After youâ€™ve earned enough money to buy a fleet of ships and set up a few trade routes, there isnâ€™t a great deal to it other than holding down a button to speed up time while your coffers fill up with cash.

The PSP did receive a few new games this year and, amazingly, not all of them were annual sports titles. We reviewed Rising Starâ€™s Blazing Souls: Accelate back in June and found it to be a bit of a slog with little reward.

Thankfully for fans of RPGs, Fate/Extra was also released in Europe, and was a much better role player, set in a curious virtual world. Publisher Ghostlight even gave it the collectorâ€™s edition treatment.

US gamers also received another two JRPGs â€“ Gungnir and Ragnarok: Tactics. Four RPGs in a year – thatâ€™s not a bad way for a system to bow out, even if we can’t buy half of them in this country.