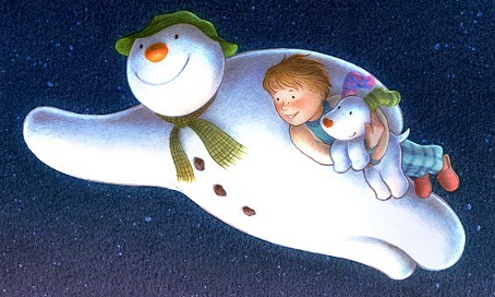 If thereâ€™s one thing we can guarantee about Christmas, itâ€™s that the jokes inside Christmas crackers will so atrociously terrible that not even those heavily intoxicated on brandy butter will laugh at them. Well, that and the fact that the festive animated short The Snowman will appear on TV at least once.

The timeless classic is currently celebrating its 30th anniversary and this year itâ€™s getting a sequel â€“ The Snowman and the Snowdog.

This is the free to download tie-in from Crash Labs, a studio formed of ex-Free Radical employees. Yes, thatâ€™s the same Free Radical who bought us TimeSplitters. How times have changed, eh? No pun intended there.

The first thing that hit us when playing it is that it looks and sounds utterly charming. The second thing we then quickly noticed is that thereâ€™s little here for experienced gamers. The premise is so simple that even a toddler will understand what to do within seconds of being handed your precious mobile device. Weâ€™re not ashamed to say that we enjoyed our time with it though. A simple game it may be, but itâ€™s a well made one.

The Snowman flies along a pre-set path, with the only interactions available being to either make him perform a fancy twist in the air or to slow down temporarily. Why stop him dashing through the snow? Because itâ€™s an against the clock affair where every 20 seconds or so youâ€™re tasked with tapping on a certain number of festive items. These are hidden in the backdrops and quickly vanish out of view. Fail to touch them all and youâ€™re prompted to take another loop around or to visit a different snow-covered UK location.

Fortunately there are countless snowflakes dotted around that give the timer an extension when tapped on. Theyâ€™re so bountiful in number, in fact, that we found we didnâ€™t really have to worry about keeping an eye on the time limit at all.

The list of things to find and collect is a long one, plus there are a few challenges to discover such as flying under a set number of bridges. Progress on each location is rated via stars, with three stars the aim. Thereâ€™s certainly enough stuff to keep little fingers busy.

For parents in particular itâ€™s a recommended download. Weâ€™d imagine that a couple of hours of silence from the nippers â€“ for the price of precisely nothing – will feel like an early Christmas present.