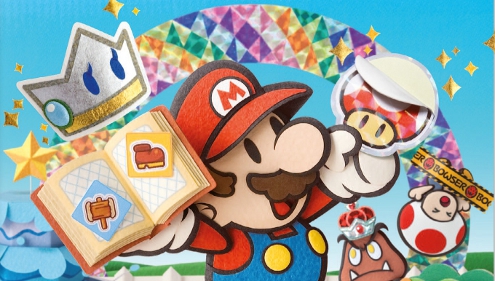 We wouldnâ€™t go getting too excited about this weekâ€™s new releases. Far Cry 3 was the last major release of 2012, so itâ€™s just dribs and drabs for now until things pick up again next year.

Paper Mario: Sticker Star is worth a look though. Reviews surfaced online quite a while ago to tie-in with the US release. Eurogamer gave it 7/10, claiming that the combat is simplistic and the puzzles are of the â€˜trial and errorâ€™ variety. EDGE meanwhile thought it was worth an 8: â€œIf thereâ€™s a complaint, itâ€™s that itâ€™s streamlined a little too well â€“ itâ€™s easy to scoff this box of treats in a single weekend,â€ they said.

How about a Pikachu 3DS XL to play it on? Thatâ€™s out this week as well.

Another three Wii U games are hitting shelves too, all of which missed last weekâ€™s launch â€“ 007: Legends, Rise of the Guardians and Marvel Avengers: Battle for Earth. 007: Legends isnâ€™t being released in Australia, oddly, but Australian gamers arenâ€™t going to be missing out on much. Go for Call of Duty: Black Ops II instead if youâ€™re after a Wii U shooter. Marvel Avengers: Battle for Earth was designed with the Kinect in mind and as such we donâ€™t see it transferring to the Wii U GamePad very well. Rise of the Guardians? Itâ€™s a movie tie-in and we all know how well they usually turn out. We can’t even find a single review of the Xbox 360 version.

You may be aware that the handheld versions of Sonic & All-Stars Racing Transformed were delayed for fine tuning. The PS Vita version should be out this week. Retailers seem to be in the dark as to when the 3DS version will be emerge.

Finally, thereâ€™s Air Conflicts: Pacific Carriers on PlayStation 3 and Xbox 360, and Outdoors Unleashed: Africa 3D on 3DS. For the two people wishing Activision would release a Cabela game on 3DS, the latter should fill that miserable void. If youâ€™re curious about the former flight sim, then a demo is available on Xbox Live. Itâ€™s a full price release, so be sure to try before you buy.

Next week: Quite possibly nothing, so if thereâ€™s no new release round-up next week youâ€™ll know why.