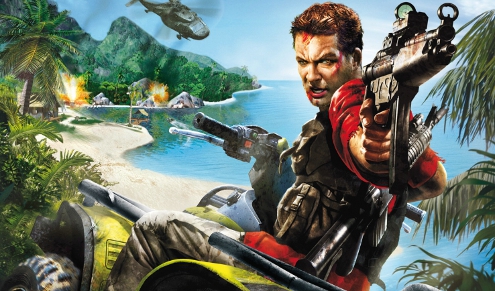 There’s always a duff title or two in any launch line-up. The reasons are simple â€“ itâ€™s either down to the developerâ€™s inexperience with the system, or the publisher pushing to get the game out on launch day. Retailers always tend to overstock on launch titles, you see, and thatâ€™s very good news for publishers. Weâ€™re sure that new copies of likes of Asphalt 3D and Street Fighter IV will still be on shop shelves when the 3DS is on its deathbed.

With the Wii U launching in Europe this week, weâ€™re looking at the worst Nintendo launch titles of all time. Pity the person who took one of these home instead of something plumber-related.

For the first four or five months of the N64â€™s life there were only ten games available, and three of those were sports games. FIFA 64 more than likely sold well due to the fact that there were very few other games out for N64 owners to buy, rather than the fact that it was a FIFA game. Rubbish animation, bizarre camera angles, slowdown and repetitive commentary â€“ FIFA 64 was a bit of an embarrassment. A Â£59.99 embarrassment.

A game featuring segments from Back to the Future, ET, Waterworld, Jurassic Park, Jaws and Backdraft sounds quite the appealing package on paper. Shame Kemco managed to screw it up superbly. Most of your time in Universal Studios was spent aimlessly walking around the crudely rendered theme park picking up litter and talking to Woody Woodpecker â€“ the most annoying cartoon character on earth. Why make players pick up litter when theyâ€™re in a place built for fun?

One of Ubisoftâ€™s Wii shovelware games, GT Pro Series was not an entirely new game but a vague remake of a GameCube racer with some tacked on motion controls. Weâ€™d imagine that a fair few gamers were duped into buying it simply because it came with a free steering wheel. Fellow launch game Monster 4X4 World Circuit was also a conversion of an older game (originally on Xbox) but it didnâ€™t fail on every level like GT Pro Series did. 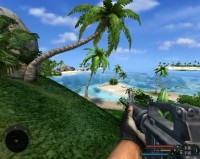 Hereâ€™s another wonky effort from Ubisoft. NGamer put this on their front cover â€“ something which they no doubt regretted once they had the full game in their own hands. Their review is still up online â€“ a resounding 23%. â€œTurns your living room into some kind of talent vacuum,â€ was their final verdict. Perhaps Ubisoft purposely made it poor to make Red Steel look good? We joke, of course.

Thereâ€™s a little bit of history behind this 2D rotating maze puzzler â€“ it started out as a Â£9.99 budget PlayStation 2 game from the purveyors of filth, Phoenix Games. It was then snapped up by System 3 for a Wii release… as a Â£19.99 budget game. Seeing as it eventually ended up on DS and PSP with bad scores all round, itâ€™s clear to us that they thought they could make a quick buck on it rather than develop it into something great.

Contrary to popular belief, not all of the Army Men games were bad. Army Men RTS was a more than sufficient real-time strategy game. Thereâ€™s a reason for this though: it wasnâ€™t made by 3DO – a company that released so many bad games in such a short space of time that their reputation was the punch line of many jokes back in the day. You would have had more fun putting plastic Army Men in a microwave then playing this shoddy shooter.

The 1/5 from NGC Magazine that Asphalt Urban GT received was perhaps a little harsh but thereâ€™s no doubting it was a bad game â€“ launch your vehicle off a ramp and it would often bounce back off an invisible ceiling. It was painfully apparent that it had a rushed development, making little use of the DSâ€™s then-fancy touch-screen.

If Ping Pals had more than a couple of weeks of development time, weâ€™d be very surprised. It wasnâ€™t even a game as such â€“ more like a glorified version of Pictochat, the DSâ€™s built-in (and free) chat software. â€œWith PictoChat coming as standard, this is a bit like paying money to breathe air,â€ said the Official Nintendo Magazine. Off it trotted with a 9% review score.

Known as Crush during its development period, you canâ€™t deny that Ubisoft didnâ€™t understand the Nintendo DSâ€™s demographic right from the start. It seemed odd at the time that Ubisoft were releasing a dating game, but nowadays we wouldnâ€™t even bat an eyelid â€“ stuff like this is the DSâ€™s bread and butter. â€œThe game is essentially just a bunch of conversations that take place during two characters’ stay at the Ski Lodge, so anyone actually expecting to hit the slopes for some skiing will be very, very disappointed,â€ said IGN.

Proving that history does repeat itself, Asphalt 3D suffered from all the faults of the DS original â€“ glitches, slowdown and horrid visuals. Vehicles appear to be merely floating on top of the track, and when crashing into an opponent the screen simply judders and shakes, almost as if the crash animations were cut at the last minute. Ass-felt, is more like it.

â€œIt’s almost an achievement that EA has made a 3DS version of a game that’s not only worse than the Wii version, but the DS version too,â€ began the Official Nintendo Magazineâ€™s review. â€œFor some reason, the 3DS version of The Sims 3 has removed the mood bars that tell you how hungry, clean, tired and so forth your Sim is. No big deal, you know, it’s only the WHOLE POINT of the entire game,â€ they continued. Score? A miserable 20%.

Half of the games on this list are from Ubisoft but they do thankfully seemed to have bucked their ideas up for the Wii U â€“ none of their games look truly awful. They even passed the buck on Funky Barn, a game which they published on 3DS but are letting 505 Games instead publish on Wii U. It must be flipping terrible.