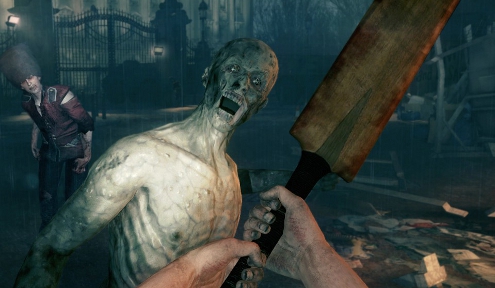 Itâ€™s not such a bad thing that American gamers got hold of their Wii U consoles almost two weeks before us Europeans. In those two weeks reviews of nearly all the launch games have appeared online, giving us a heads up of what to fork out for come this Fridayâ€™s launch.

Before we round-up review scores, a little bit about the hardware itself is in order. We arenâ€™t going to quote any prices for bundles in this guide though as chances are theyâ€™ll change at the drop of a plumberâ€™s red cap.

Taking a leaf out of Microsoftâ€™s book, thereâ€™s a choice of a Basic or Premium Pack. The white 8GB Basic Pack is available for around Â£250 while the black 32GB Premium Pack that can be found for around Â£300.

Itâ€™s a choice that really shouldnâ€™t be too hard to make â€“ after the 8GB Wii U has received its initial software download and a profile has been created only 3GB of storage space remains. Thatâ€™s not even enough to download launch title Nintendo Land. You can however plug in an external HDD as long as it has its own power source – HDDs up to 2TB are supported. Incidentally, Premium Pack purchasers will have 25GB left after the initial downloads are complete.

Thereâ€™s also the black ZombiU Premium Pack to consider, which comes with ZombiU and a Pro Controller. Thereâ€™s no free copy of Nintendo Land in this bundle though.

The Premium packs also lets users sign up exclusively for the Nintendo Network Premium loyalty scheme â€“ for every Â£62.50 spent on the eShop, a Â£5 voucher will be sent your way.

No matter which pack you choose, it comes with a HDMI lead so you wonâ€™t have to splash out extra. If youâ€™re selling your Wii to fund a Wii U weâ€™d suggest keeping hold of as many Wii controllers as you can, since a lot of Wii U multi-player games use them.

Thereâ€™s not much point buying a Wii U at all though if you donâ€™t have an interest in any of these 24 launch titles. Nintendo Land, New Super Marioâ€™s Bros. U and ZombiU have set the most tongues wagging.

Nintendo Land has a focus on multi-player, but there are still a few single-player modes for all the ‘Billy No-Mates’ out there. It has been designed to teach gamers how the Wii U GamePad works, much like Wii Sports before it, but itâ€™s still a very good mini-game collection in its own right. We had a lot of fun playing the Pac-Man Versus-alike Luigiâ€™s Ghost Mansion and Animal Crossing: Sweet Day at Septemberâ€™s Eurogamer Expo.

It seems pretty surreal to say that New Super Marioâ€™s Bros. U is the first ever HD Mario game, but that is indeed the case. Nintendo have been knocking out the 2D Mario games at quite a rate recently but itâ€™s hard to grumble when the quality has been consistent as it has been.

As for ZombiU, casual this game isnâ€™t. Itâ€™s harder than frozen toffee and all the better for it. Taking down the zombies is a troublesome task where more often or not giving them a bash with your trusty cricket bat (a nod to Shawn of the Dead, perhaps?) will result in your own death. Reviewers have mixed opinions on it and itâ€™s easy to see why. Aiming guns is fiddly but purposely so to induce tension â€“ some reviewers loved this fact while others found it, well, fiddly. Comparisons with Dark Souls have been made, which may help to influence your decision.

Mass Effect 3, Darksiders II, Skylanders Giants, Call of Duty: Black Ops 2, Sonic & All-Stars Racing Transformed, Tekken Tag Tournament 2, Warriors Orochi 3 Hyper, Just Dance 4, Assassinâ€™s Creed 3 and Batman Arkham City: Armoured Edition all fall into this category. A few of these have been criticised for having notably poorer visuals than their 360/PS3 counterparts, but most reviewers have praised their Wii U-exclusive features, such as Mario power-ups in Tekken Tag Tournament.

Then thereâ€™s FIFA 13, which isnâ€™t a straight conversion of the 360/PS3 soccer sim but still a very good effort. Itâ€™s missing modes, but it does add GamePad features. If youâ€™ve been looking at the pre-order lists online, you may have noticed that a few Wii U games can be found for around the Â£25 mark. Sadly those price tags do appear to reflect the quality. Arcade conversion Tank! Tank! Tank! lets you use the Wii U camera to plaster your face onto mechanical monsters but the fun it offers is short lived.

The same can also be said for mini-game collections Family Party: 30 Great Games and Game Party Champions. Rabbids Land likewise seems a very pointless game when the Wii U has Nintendo Land.

Sports Connection, Your Shape Fitness Evolved 2013 and Marvel Avengers: Battle For Earth are three more offerings from Ubisoft. The Kinect version of Marvel Avengers gained some curiously high review scores but we fear without motion controls a lot of the novelty will be lost. Ubisoft released countless sports games on the Wii, but that doesnâ€™t mean Sports Connection will be any good.

505 Gamesâ€™ Funky Barn is another conversion but not of an Xbox 360 or PS3 game â€“ it was first released on 3DS. Why this isnâ€™t an eShop release is beyond us.

007 Legends was a major disappointment on other formats, and we canâ€™t see the Wii U GamePad controls changing that one bit. Whereas scores for that were simply poor, Disney Epic Mickey 2 reviews were mixed â€“ everything from 2/10 to 8/10.

We would have rather had a conversion of Transformers: Fall of Cybertron than Transformers Prime, but the Wii version was well received and should please younger gamers. Rise of the Guardians and Ben 10 Omniverse are also flying the flag for licensed games. Both of these are arriving on Xbox 360, PS3, DS and 3DS this week.

And don’t forget the eShop IGN have been running an eShop launch guide that they’ve been updating over the past week or so. It’s well worth a read, but to summarise, Mighty Switch Force HD, Nano Assault Neo and Trine 2 are well worth considering. We’ve had our eye on Nano Assault Neo for a while – it looks stunning and puts those twin-sticks to good use.

What next for Wii U? The next slew of games does look incredibly strong, although we do worry that there could be long waits between the next few big name titles.

Rayman Legends has been put back until February, but a demo is due on launch day which does soften that blow. Scribblenauts Unlimited and Ninja Gaiden 3: Razorâ€™s Edge have been gaining good scores in the US but arenâ€™t due out in Europe until next year either.

Other games? The Wonderful 101 looks like it could even teach Pikmin 3 a few tricks, Wii Fit U will no doubt be a strong seller and LEGO City: Undercover should have a very broad appeal. Then again, the LEGO games always do. Bayonetta 2 should need no introduction but Game & Wario might – it’s a new Wario Ware in all but name.

There are a few multi-format releases due as well: The Amazing Spider-Man, which will include all DLC; Aliens: Colonial Marines, Injustice: Gods Among Us and Need for Speed: Most Wanted. Splinter Cell: Blacklist has also been rumoured for Wii U and if thatâ€™s not confirmed in the next few weeks weâ€™ll eat Raymanâ€™s limbs. Oh.