Our collectorâ€™s edition of Adventure Time: Hey Ice King! Why’d You Steal Our Garbage?!! arrived in the post today (just two days after the US release, thank you very much Videogames Plus) so we thought weâ€™d share a couple of snaps.

It’s also available on 3DS but due to the systemâ€™s stupid regional lock-out weâ€™ve had to opt for the region-free DS version. A UK release is still unconfirmed, sadly. 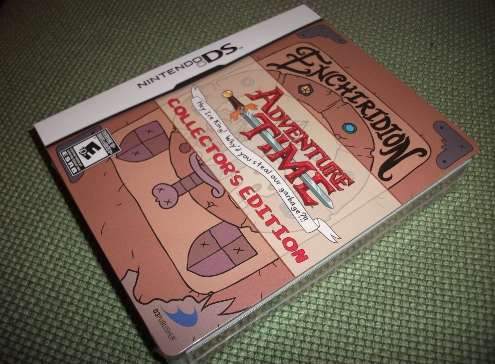 Considering the collectorâ€™s edition doesnâ€™t cost a great deal more than the standard, itâ€™s a really nice package. Weâ€™re not sure how the sword stylus is going to feel in our somewhat chunky hands, but D3 has been thoughtful enough to give it a pointed end. The metal tin is very nicely made and pleasing to the touch while the map should prove useful. 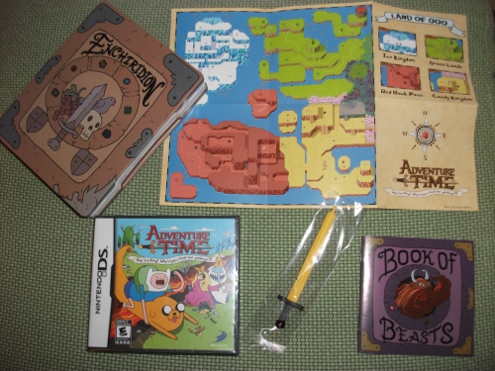 If youâ€™re thinking that the map is reminiscent to one you’d expect to find in a Zelda game then thatâ€™ll be because WayForward have cited Zelda II as an influence. The ‘Book of Beasts’ meanwhile has screenshots and descriptions of every enemy. Weâ€™re looking forward to tangling with ‘chainsaw bear’ â€“ a bear with a chainsaw sellotaped to its fur, funnily enough.