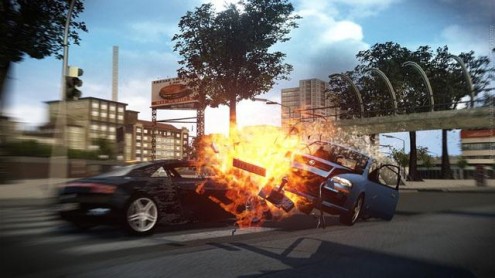 Those who follow us on Twitter – to whom we are eternally grateful – will know that I had a bit of trouble procuring a copy of Halo 4. My copy was dispatched the weekend before its Tuesday launch but it didn’t arrive on our doorstep until Thursday.

With a day off work to play though 343iâ€™s space shooter, I was left to rummage through my unplayed game pile to try and find something short to whiz through. Two titles fit this bill â€“ Brave: A Warriorâ€™s Tale and Crash Time III. Thatâ€™s SouthPeakâ€™s Brave from 2009 â€“ not the recent Disney tie-in.

Both these games are pretty bad and I knew this when purchasing them. At Â£4 and Â£6 respectively though, they hardly broke the bank and the Crash Time series is one that I’ve always been curious about. Itâ€™s based on the German TV show Alarm for Cobra 11 and, would you believe, is about to receive its fifth videogame tie-in. Brave? I just wanted to play a platformer without some stupid license attached.

Now, what really struck me when playing these two â€“ and thus prompted me to write this article â€“ is that theyâ€™re both bad in different ways. Brave, which is a mere HD re-release of a late-life PlayStation 2 game, is bad in the sense that itâ€™s lazily and sloppily made. Crash Time III however is bad because itâ€™s so bizarrely designed. Itâ€™s almost as if the developers have never played a similar game.

Brave: A Warriorâ€™s Tale really did test my patience on more than a few occasions. I can look past the fact that itâ€™s by far the ugliest thing to grace the Xbox 360, but I canâ€™t forgive the fiddly platform jumping sections and terrible camera. I wouldn’t be surprised if the number of times I died was in triple figures â€“ thatâ€™s how frustrating and glitch-ridden some parts are. The 500G achievement for defeating the final boss seemed to be the developerâ€™s way of saying sorry for shipping an inexcusable mess.

Crash Time III on the other hand is the videogame equivalent of a movie thatâ€™s so bad itâ€™s good â€“ cheesy voice acting, appalling dialogue, rubbish special effects. It has all of those things and more. I have never ever heard somebody pronounce the word â€˜sirenâ€™ in the way as Crash Time III’s tutorial. 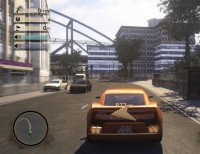 Then thereâ€™s the mission objectives â€“ the first is to drive to a bakery to pick up some breakfast, followed by a jaunt to a petrol station to fill up with fuel… even though the tank is almost to the brim. The billboard adverts meanwhile include some real-life anti-virus software which we assume is from the same publisher, and an incredibly random photo of some bog-eyed pug dogs. The achievements are worth a mention too â€“ thereâ€™s one for sounding the horn for the first time and another for activating the siren. Both of these I unlocked while randomly bashing buttons to try and skip the opening cut-scene. Yes, they unlocked during the cut-scene.

Hereâ€™s the thing â€“ all of the above are very bizarre design choices, but they donâ€™t inconvenience the player one bit. The graphics are surprisingly accomplished for a game thatâ€™s come from a small studio, and the handling is serviceable. Whether youâ€™d want to play a game where youâ€™re mostly carrying out daily chores instead of busting bad guys in something like Need for Speed: Hot Pursuit is another thing entirely.

Do bad games have their place? Iâ€™d say yes â€“ I think all reviewers should purposely go out of their way to play a bad game every once in a while, just to put into perspective how good some games really are. I’ve quite had my fill of them for now though.