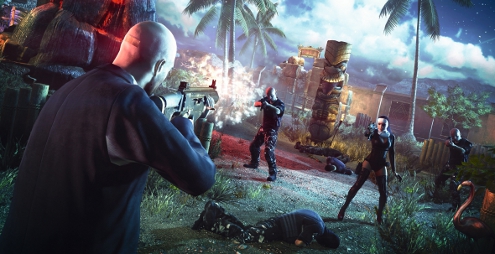 Hitman: Absolution has been a long time coming, so this weekâ€™s Tuesday release is no doubt a godsend for those who have been looking forward to it. Worth the wait? Yesâ€¦ well, maybe. Like a lot of this winterâ€™s big releases, reviews have been mixed. So far scores include 5/10 from Videogamer, 7s from both EDGE and Eurogamer and 9.0 from IGN. Itâ€™s easy to see why it has gained such mixed reviews â€“ the Kane & Lynch team were at the helm of it. Kane & Lynch 2 scored everything from 1/10 to 9/10.

â€œAmidst the inevitable and deserved grumbling about its awkward checkpoint system, small levels and weird obsession with its daft story, hopefully those who persevere with it will be rewarded by enough of those moments to make the whole thing feel worthwhile,â€ said Eurogamer. 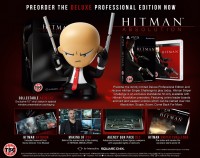 As well as the standard edition, thereâ€™s the Deluxe Professional version with an artbook, making of DVD, agency gun pack DLC and what appears to be a squeaky dog toy. You also get the Sniper Challenge pre-order bonus with it, which is apparently a lot of fun.

The multi-format Disney Epic Mickey 2: The Power of Two and the 3DS-exclusive Disney Epic Mickey: Power of Illusion have also received mixed reviews. The Official Nintendo Magazine gave the Wii version of the former 80% and said itâ€™s a decent Christmas purchase for Wii owners not jumping ship to Wii U. The Xbox 360 version received 8.5 from EGM but only 2/10 from Destructoid. â€œIt’s a gormless, chafing, unquestionably horrid little waste of time. Only the hardcore Disney obsessive need look into this one, and I don’t advice they look too deeply,â€ said Jim Sterling.

The 3DS version, which is a semi-sequel to Castle of Illusion on Mega Drive, gained a mediocre 5.0 from Game Informer and 60% from the Official Nintendo Magazine. Itâ€™s a good game but thereâ€™s not enough of it â€“ Game Informerâ€™s reviewer claimed he finished it in just over an hour and a half.

Another one getting mixed scores is PlayStation All-Stars Battle Royale, although we did kind of expect this one to get an varied reception as itâ€™s very easy to be cynical about it. Curiously, the Official PlayStation Magazine handed out one of the lower scores â€“ a 6/10. Eurogamer said that it was a sturdy brawler and gave it a 7 while TheSixthAxis gave it a 9/10, praising the amount of stuff to unlock. The PlayStation 3 version includes the PS Vita version as well â€“ a fact that may influence your purchasing decision.

LEGO Lord of the Rings on the other hand has been getting a steady string of glowing reviews such as 9/10 from Eurogamer and 8.0 from ZTGD. Itâ€™s out on everything â€“ Xbox 360, PS3, Wii, DS, PS Vita, 3DS and PC. No Wii U version planned though, oddly.

One game from Activision that Wii U owners should be glad they arenâ€™t going to receive a conversion of is Family Guy: Back to the Multiverse. Destructoid were first off the bat with their review and gave it a resounding 2/10: â€œThis is everything we’ve come to know and loathe about licensed games, distilled into its purest form.”

We’ve saved Virtueâ€™s Last Reward for last. It’s a semi-sequel to 999: Nine Hours, Nine Persons, Nine Doors on DS, only this time both 3DS and PS Vita owners get to enjoy this user-friendly RPG. The PS Vita version currently has a slightly higher Metacritic score than the 3DS version â€“ 89 over 87 – and both are available to pre-order at Tesco Direct for a not too shabby Â£22.50.