So Peter Molyneux’s “social experiment” Curiosity – what’s inside the cube has been out for two days now, and at the time of writing more than 396,000 people have tapped away at the giant cube, destroying more than 163 million cubelets. The big question remains – what is inside the cube? We’d like to offer some suggestions… 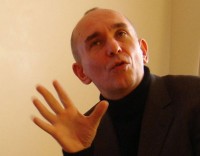 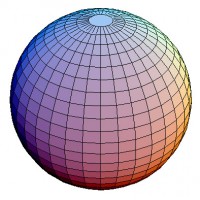 A Sphere
What could possibly be better than a cube? A sphere, that’s what. Sphere’s are much better than cubes. If Peter’s looking for a new avenue to go down after the success of Curiosity, we speculate that he could look into making a sphere tapping game. So, will the final cube tapper reveal a spherical sequel to the cube-based wonder? If we were to hazard a guess, we’d say… probably not. It’s an idea worthy of consideration though. Pete loves his 3D shapes.

Rickroll
Knowing Peter’s odd sense of humour and the pleasure he takes in trolling the gaming community, some have speculated that the centre of the cube may just contain a Youtube link to Rick Astley’s Never Gonna Give You Up. In the event that this happens, we may have to refer to Peter Molyneux as a comedy genius and a brilliant man of our modern age.

What else do you think could be inside the cube?