Weâ€™ve spotted a worrying trend recently on a few less established websites â€“ articles based â€˜gamingâ€™s sexist womenâ€™ and the like. Weâ€™ve decided to put a spin on our very own round-up though, so hereâ€™s our top six fittest birds… of the avian variety. Oh, itâ€™s not what you were expecting? Thatâ€™s a pity.

Theyâ€™re fat. Theyâ€™re round. They bounce on the ground. We canâ€™t imagine these birdies doing much exercise â€“ they donâ€™t even fly though the air, requiring instead to be shot out of a catapult. The birds have recently teamed up with McDonalds in Japan for a promotion, which pretty much condemns them to an early life coronary heart disease.

The star of The New Zealand Story may look on the podgy side but heâ€™s still willing to get out and flex those pecks to save his friends. Performing archery, floating around on balloon and jumping about on â€˜70s style space hoppers are just three of the tasks the yellow fellow has to carry out. The DS revamp also has a pole-balancing mini-game. This bird is fit, much like the way a heavyweight boxer is. 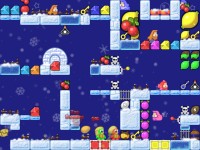 Not quite as well known as Tiki despite coming from the same era, Quak is another colourful bird who starred in a 16-bit platformer. Heâ€™s just as podgy as Tiki as well, but thatâ€™s likely to be down to Quakâ€™s choice of arsenal â€“ an infinite supply of eggs. We suppose they have to be stored somewhere. Those broad shoulders must have also helped to carry that medieval armour power-up around.

3. The ostriches from Joust

Letâ€™s travel back to 1982 now. Defender was wowing gamers but Williams Electronics didnâ€™t want another â€˜space ship gameâ€™ to try and complete with its success. The idea of a â€˜flying gameâ€™ came first and after deciding that birds would be a good fit for it, ostriches were added. They can flap and fly while carrying a man donned in armour on their back, which is why theyâ€™ve made this list. 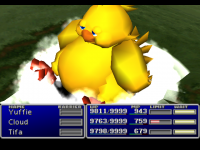 With 12 games (or thereabouts) under their proverbial belt, Square-Enixâ€™s Chocobos had to get a mention here somewhere. Only three of them have been granted a European release but the Chocobos are still well known due to their frequent appearances in Final Fantasy. These yellow birds can be found adventuring, racing and â€“ as seen in Final Fantasy VII â€“ crushing the opposition with their yellow behinds. 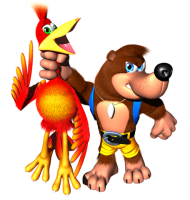 One half of Banjo-Kazooie, the red breeze gull is our fittest bird of all time. Not only can the sharp-tongued bird fly while carrying Banjo, but also run up steep ledges with Banjo on her back. Heâ€™s a fat lad, that Banjo. Combine Kazooieâ€™s flying and running with her egg-spitting and bad-guy pecking skills and youâ€™ve got yourself the video game character equivalent of a Swiss Army Knife.

Next week on Games Asylum: which video game manuals smell the nicest?