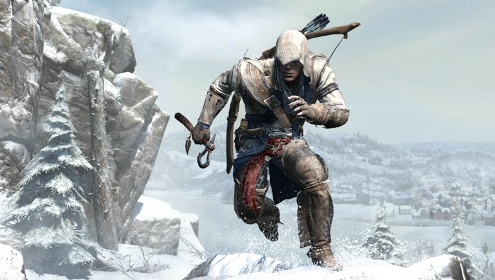 Assassinâ€™s Creed: Liberation for PS Vita has done rather well too, entering at #14 and becoming the third biggest launch for the handheld, behind Uncharted: Golden Abyss and FIFA Football.

Thatâ€™s it for new releases in the top 40 this week, but over in the single-format charts Batman: Arkham City GOTY Edition makes #17 in the PlayStation 3 chart and #32 in the Xbox 360 chart, while Silent Hill: Book of Memories enters the PS Vita top ten at #9.