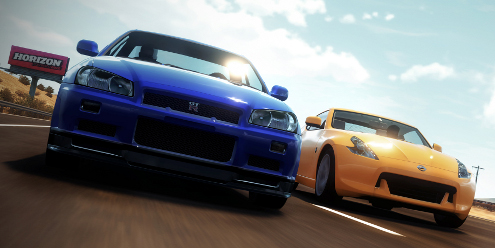 Microsoft hasnâ€™t been shy about letting the press get their hands on Forza Horizon. Reviews appeared online nearly two weeks ago, including an 8 from EDGE, a 9 from Eurogamer and 9.0 from IGN. More of the same? Absolutely not. New studio Playground Games has turned the franchise upside down, and as the scores show itâ€™s a better game for it. Thereâ€™s a demo on Xbox Live if youâ€™re not sure if youâ€™ll take to the new open road structure.

It may be worth bearing in mind that Need for Speed: Most Wanted is out next week. The first review to surface was a 9 from EDGE, which generated a lot of excitement on Twitter.

Medal of Honor: Warfighter is also one that has got tongues wagging, but not for the best of reasons. EA didnâ€™t send out review code until embargo day which really isnâ€™t a good sign. The few reviews online at the moment are from smaller websites. â€œMedal of Honor: Warfighter is cradled comfortably somewhere between Call of Duty and Battlefield 3. Seemingly content to take as little risk as possible, and thereby offering little excitement outside of the aesthetic,â€ said AttackoftheFanBoy.

The fact that it comes with beta access for Battlefield 4 is sure to help it shift a few extra copies. If you are planning a purchase then be warned â€“ thereâ€™s a huge day one patch.

There are quite a few handheld games out this week. Sadly, quality doesn’t appear to be high on the agenda. Thereâ€™s the budget priced movie tie-in Hotel Transylvania on DS and 3DS, mini-game collection Merlin on DS, the bound-to-be-popular Moshi Monsters: Moshlings Theme Park on DS and 3DS, and the currently-review-shy Sherlock Holmes and the Mystery of the Frozen City on 3DS.

Releasing that last one on the same day as Professor Layton and the Miracle Mask seems like an odd move, especially seeing as reviews have been full of praise, such as GameSpotâ€™s 8.5 and GameCentralâ€™s 8/10. The 3D investigation sequences are really well done, and there are new puzzles to download every day for the next 365 days too.

After being delayed from earlier this year, Atari’s Rollercoaster Tycoon 3D is also out this week. Donâ€™t get too excited though â€“ it appears to have been made on a budget of nothing. VentureBeat called it a â€œlazy, featureless shell of its predecessorsâ€ in their review, where it walked away with a resounding 25/100.

The PS Vita gets a couple of games of note in the shape of Street Fighter X Tekken and Super Monkey Ball: Banana Splitz. The online retailers have been offering Super Monkey Ball for an absurdly cheap price – Â£13.85 at ShopTo is the lowest weâ€™ve seen it for. Donâ€™t let that cheap price tag put you off â€“ the reliable Pocket Gamer called it a â€œjob very well doneâ€ in their 8/10 review. Next week is looking better still for the handheld with three major releases out.

This leaves us with two titles that are distinctly hardcore. Dark Souls: Prepare To Die Edition offers ten hours or so of new content on top of that of the superb original. Itâ€™s currently Â£20 on Amazon. American gamers got their hands on 2D brawler Persona 4: Arena a few months ago, where it received decent reviews. Itâ€™s by the developers of Guilty Gear, so if youâ€™ve played any of the games in that series youâ€™ll feel right at home here.