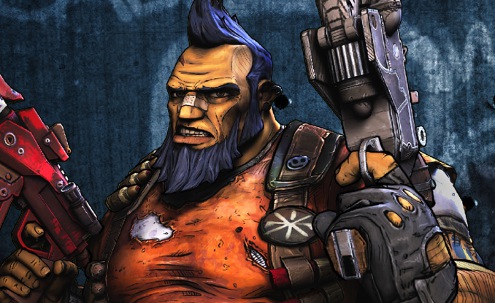 The fact that Borderlands 2 has a shotgun called â€˜Customer Focused Thinkingâ€™ automatically gives the array of arsenal present an edge over that of the competition, let alone taking into consideration that there are a gazillion different weapons to choose from.

Not all vary cosmetically – usually itâ€™s just the statistics that change from one to another. At first we were simply picking up the weapons that were more powerful than the ones in our possession, but soon realised that itâ€™s not always about power. Itâ€™s worth looking at magazine size and accuracy too. What good is a sniper rife that gets one hit kills if you canâ€™t aim the bloody thing and have to reload after every shot? As useful as a hole in the head is the answer.

Experimenting with weapons is just one of the many small joys that Borderlands 2 has. Here are some of the finest weâ€™ve come across.

All weapons made by Tediore can be thrown like a grenade when their clips are empty. Most of the pistols and such are simply lobbed like a standard grenade, but we did once have a rocket launcher that turned into a missile and spun around uncontrollably in the air, occasionally colliding with groups of enemies. The Tediore range are designed to look cheaply made â€“ hence why theyâ€™re disposed of when spent.

Most shields do the obvious – shield you from damage – and nothing more. Others though have a few perks. The most handy of these is a fire shield that emits a burst of flames when energy is depleted, scolding all around it. Thereâ€™s even a challenge linked to getting five kills with this shield type.

So called because they single enemies out, homing in like a homing missile. These come in different types offering corrosive or shock damage. When surrounded by enemies theyâ€™re very helpful to lob onto the battlefield to even the odds while waiting for your shield to recharge.

These shields simply absorb damage, right? Nope. They absorb ammo which is then added to your inventory. Very cool, and more importantly, environmentally friendly to the world of Pandora.

Similar to the above, these sap the health from foes which is then added onto your own health bar. A vampire grenade if you will. Itâ€™s not the coolest grenade available though â€“ the one called Fuster Cluck gets that accolade.

This shotgun is part of the Captain Scarlett and her Pirate’s Booty DLC. When fired it sprays bullets in the shape of the notorious Jolly Roger symbol. We would have preferred a weapon that fired sharks, like the one seen in the oft-forgotten Xbox shooter Armed & Dangerous, but we suppose we canâ€™t have everything.

And finallyâ€¦the least helpful weapon in the game:

Curse of the Cackling Designer

This one is a curse, thereâ€™s no doubting that. When throwing this MIRV grenade, which splits into smaller grenades, they then fly back in your direction. Useless but amusing – at least the first time you try it.