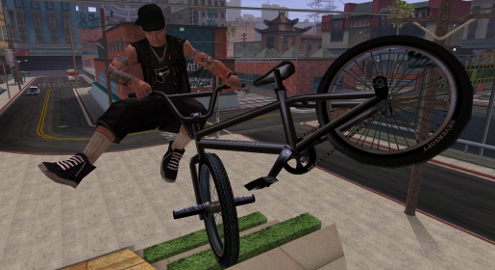 Back in March we dug out some older Xbox 360 games to see if anybody was still playing them online. The results were surprising â€“ we found nobody playing Turok, Shaun White Skateboarding or Perfect Dark Zero but found people still playing Forza 2, Halo Wars and Sega’s Japan-only Cyber Troopers: Virtual-On Force.

The article proved to be one of our more popular ones, so itâ€™s time to dust off some other older Xbox 360 games for round two.

Weâ€™re not sure what shocked us more here â€“ the fact that this game is now seven years old and the severs are still up, or that there are still people playing online. Yes â€“ we managed to enter an online game instantly where we found three other skaters to play against, which is handy as most of the achievements are linked to playing online.

Time hasnâ€™t been too kind to this game. It wasnâ€™t anything too special upon release so as you can imagine it looks even rougher now. We played a few of the single-player missions in order to refresh ourselves with the voice-activated controls and then headed to the online lobbies. There we waited, and waited, until deciding about ten minutes later it was time to try something else.

The achievements are ridiculously named in this Kinect-only bowling sim. One is called â€˜Hatâ€™ and is gained for unlocking a hat while another is called â€˜Pantsâ€™ for unlocking… well, you can guess. There are also achievements called â€˜Shirtâ€™, â€˜Ballâ€™, â€˜Wrist Guardâ€™ and â€˜Shoesâ€™. Creativity in this game isnâ€™t exactly high and neither is the amount of online players. We did though get a message about a week after playing the game from a random person on Xbox Live saying â€œWanna get bowling cheev?â€ 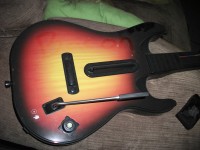 The online lobbies arenâ€™t too easy to find in this Guitar Hero spin-off. You have to pick a mode and then on the character select screen press a button to search for online players. Despite costing next to nothing these days (our copy cost Â£1.50 from CeX) it would appear that most gamers have hung up their plastic guitars for good. Ours was so dusty that we were able to write the word ‘bacon’ in the dust.

Weâ€™ve seen the review scores for this game and all we can say is that those who reviewed it must have played a different version to what we played. Itâ€™s stinking terrible â€“ one of the worst games weâ€™ve played this generation. There are lots of players online though, all of which are pre-teens by the sound of their high-pitched voices. Just to highlight how poor this game is when we started a deathmatch one enemy player spawned in a tank â€“ the only tank on a the map, no less – while all other players were on foot. Now that’s an unfair advantage.

From bad to good. Ace Combat: Assault Horizon exceeded all our expectations â€“ a brilliant shooter that we now regret not buying at launch. The game does appear to have some fans â€“ getting into an online game took a few minutes or so, but the magic did happen and we were able to bag an achievement for playing in co-op.

As we mentioned in our review of this oft-forgotten XBLA collection, one of the few downers about it is that the severs are mostly ghost towns due to the age of the games it contains. We donâ€™t think weâ€™re ever going to find somebody to play the four year old 1942: Joint Strike with despite staying in a lobby for half an hour or so but we did find a virtual pal to play Final Fight: Double Impact. We missed out on the achievement for finishing the game with Cody all the way through though as we accidentally selected Guy to continue with. Screw you, Guy.

We’ll do another ‘server stalking’ feature in a few months – perhaps after the January sales if we mange to find some older games for next to nothing.