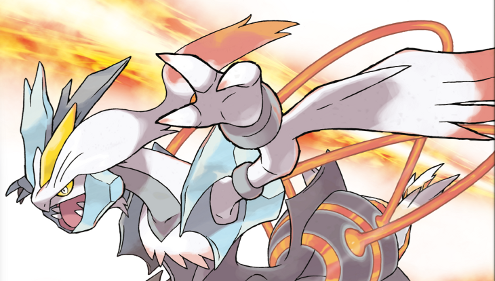 When the late Michael Jackson sung â€œIt doesnâ€™t matter if youâ€™re black or white,â€ he may as well have been talking about Pokemon Black and White 2.

Pokemon Black 2 entered the UK chart at #3 while Pokemon White 2 arrived at #5, but even if their sales were combined they wouldn’t have beaten fellow newcomer Dishonored which makes its appearance at #2. Thatâ€™s superb going for a new IP.

Blackbeanâ€™s WRC 3: World Rally Championship skids in at #27, beating Fable: The Journey which gets off to a very rough start at #37. No wonder itâ€™s already down to Â£24.99 at Zavvi.

It has still done better than fantasy RPG Of Orcs and Men though, which is nowhere to be seen. Considering GAME are asking a whopping Â£44.99 for it this doesnâ€™t surprise us in the slightest.