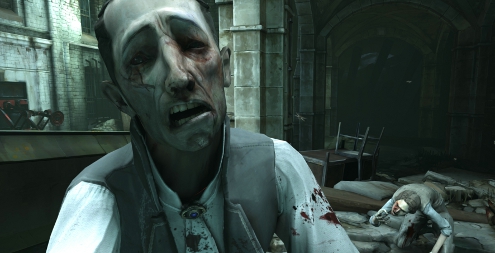 Christ on a moped â€“ this week is rammed with new releases, of which at least six are of tip-top quality. Wonâ€™t somebody think of our bank balances?

Firstly â€“ new IP! Launching a new game series is a tricky task that requires a lot of shrewd marketing and heavy advertising. Thankfully due to the success of Skyrim, Bethesda have enough money in their coffers to give Dishonored the promotion it needs.

What is it? A cross between Hitman, Deux Ex and Bioshock with a steampunk visual style. Reviews appeared online on Monday and the words â€˜game of the yearâ€™ were bandied about. Scores include a 9.5 from CVG, 9.2 from IGN, 9 from EDGE and a 9 from Destructoid. A few reviewers have noted that it can be finished quite quickly if you run through the game, but obviously doing so means you arenâ€™t going to get the full experience. Also of note is that Eurogamer were disappointed that you couldnâ€™t return to earlier missions with newly acquired skills once the game was finished. Donâ€™t let this put you off though, as itâ€™s hardly a major flaw.

A few of the online retailers are offering it for around Â£32. At the time of typing Tesco has it for this price via a discount voucher while Green Man Gaming will let you have it for Â£31.99 with free second class postage.

Then weâ€™ve got tactical shooter XCOM: Enemy Unknown. â€œBuy XCOM, it’s a belter. I know it’s Big Game season, but this is so good I’ve chalked up 43 hours in four days and want more in the near future,â€ said Eurogamer. This isnâ€™t how Rich Stantonâ€™s 9/10 review ends. Itâ€™s how it starts. Videogamer also gave it a 9/10, praising the atmosphere and soundtrack. â€œIt would almost certainly have been easier to toss out a direct remake with shinier graphics; the kind of thing to keep the purists sweet. Instead, it’s opted for something slicker, more accessible – a little more mainstream, even – and done so without ever pandering to the lowest common denominator,â€ they said. 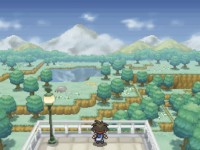 Nintendo fans shouldnâ€™t feel left out â€“ thereâ€™s Pokemon Black/White 2, the first ever direct Pokemon sequel. Unless Nintendo has a surprise up their sleeve this is their last hurrah for the DS â€“ thereâ€™s very little of note out for the handheld this winter. Reviews have been very good, including 9/10 from Eurogamer and 8/10 from gamesTM. â€œYes, itâ€™s still super effective,â€ ends their review.

Madagascar 3: Europeâ€™s Most Wanted is also out on all three current Nintendo formats this week, as well as on PlayStation 3 and Xbox 360. Some kids’ games are actually pretty good, but this isnâ€™t one of them.

Now for something obscure – Of Orcs And Men from the developers behind this yearâ€™s Game of Thrones tie-in. Itâ€™s also an RPG promising 15-20 hours of gameplay. There are no reviews yet but if youâ€™re curious itâ€™s Â£34.99 on consoles and Â£19.99 on PC at Amazon.

Thereâ€™s also two for Kinect – Fable â€“ The Journey and Harry Potter For Kinect. Yes, thatâ€™s what itâ€™s called. Weâ€™ve played a bit of both. Fable â€“ The Journey impressed us with its production values and decent control system. Itâ€™s one of the few Kinect games that can be played sitting down too. Harry Potter For Kinect looks passable enough but the mini-games arenâ€™t exactly cutting edge. Two of the games we played werenâ€™t massively different from that one in launch-title Kinect Adventures where you have to duck and jump over incoming objects. Â£28.99 from Simply Games is the best price currently for Fable â€“ The Journey. We get the impression this isnâ€™t going to sell as well as it deserves to.

Thereâ€™s a duo of new PS Vita titles as well â€“ a belated conversion of MUD FIM Motorcross World Championship and WRC: FIA World Rally Championship 3. The latter is also out on PlayStation 3, Xbox 360 and PC. The WRC series was a big seller when under Sonyâ€™s watch but since being passed over the Blackbean they havenâ€™t managed to match the seriesâ€™ former glory.

The world of downloads is equally exciting this week. Retro City Rampage is finally with us. At least on PlayStation 3, PS Vita and PC. The Xbox 360 version isnâ€™t due out just yet. The launch trailer is worth a watch. How many videogame references can you spot?

The Xbox 360 does get its first free-to-play game this Friday though. MMO Happy Wars will be supported by in-game transactions. Itâ€™s from a Japanese developer who had a helping hand in Super Smash Bros. Brawl, believe it or not.

Joe Danger 2: The Movie finally makes a belated appearance on PSN for Â£9.99. It features a mode not found in the Xbox 360 version, containing 25 super tough levels, plus YouTube support has been improved. Weâ€™ve never spent much time talking about the Joe Danger games on Games Asylum despite them being pretty good. So, sorry about that.