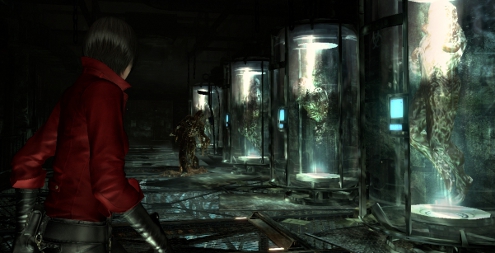 A Tuesday release for Resident Evil 6 has helped Capcomâ€™s survival horror shooter become the 4th biggest release of 2012. It hasnâ€™t been able to knock FIFA 13 off the top spot of the chart though, settling for #2, and it hasnâ€™t beaten Resident Evil 5â€™s launch week sales either.

Justin Bieber’s rather unbelievable appearance in NBA 2K13 hasnâ€™t harmed sales â€“ itâ€™s in at a surprisingly high #6. Ubisoftâ€™s Rocksmith holds onto #7 but both LEGO Batman 2 and World of Warcraft: Mists of Pandaria have left the top ten this week.

Also spare a thought for Dead or Alive 5. After entering at #11 last week itâ€™s now at #31. If Tecmo-Koei doesn’t give it some support it’s going to flop.