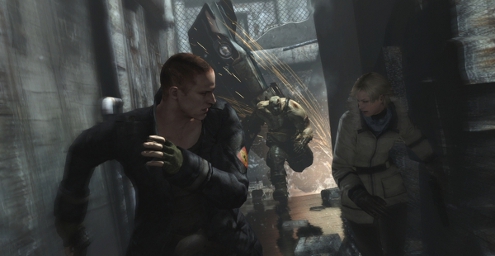 Hereâ€™s proof that mid-week releases are becoming more common in the UK â€“ there are not one but two new games out today (Tuesday). Resident Evil 6 we can understand receiving a spontaneous world wide release. Just Dance 4? Not so much.

Resident Evil 6 had gamers up in arms right from being announced, and not because the logo looks like a lady doing something naughty to a giraffe. It only has passing similarities with the previous games, playing more like your typical run and gun shooter. Fans were also annoyed that nearly every level has an AI team mate by your side which does presumably spoil the tension somewhat. Reviews canâ€™t be anywhere near what Capcom had hoped for â€“ the first in were a 4.5/10 from GameSpot and a 6/10 from Eurogamer. GameSpot didnâ€™t like the unavoidable instant deaths, lack of pace or â€œmediocreâ€ set-pieces but then went onto say that the cut-scenes are â€œaction packedâ€. Our advice is to try the demo – you might find the new action-orientated direction to your liking.

If you are curious then Blockbusters seems to be the best place to buy it from. Theyâ€™re asking Â£37.99 and will buy it back for a guaranteed Â£35. Weâ€™re not sure how long that deal is on for though. 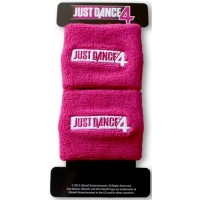 Just Dance 4 is more than likely going to be a safe purchase if dancing in front of your TV floats your boat. It features Tribal Dance by 2 Unlimited so it canâ€™t be all bad. The Wii version is Â£22.99 on Play and Amazon while the PlayStation 3 and Xbox 360 versions are Â£29.99. However, if you buy from Play you get some funky pink sweatband thatâ€™ll surely keep you safe while jogging at night.

On 3DS thereâ€™s the budget priced Boulder Dash-XL 3D which features authentic retro visuals as well as shiny new sprites. GAME is the cheapest for this one â€“ just Â£14.99. Myst is out on 3DS too if youâ€™re one of the ten people to have never played it.

Then weâ€™ve got NBA 2K13 which is out on PlayStation 3, PSP and Xbox 360. EA has cancelled their NBA game for this year, yet again, so for fans of bouncing balls this is the only option. Thankfully, theyâ€™re always incredibly good.

Dragon Ball Z For Kinect is likely to be a slow and steady seller this winter. It may even end up being better than Ubisoftâ€™s Marvel Avengers: Battle for Earth. There are no reviews yet which is likely to be down to the fact that itâ€™s not due out in the US until the end of this month.

For fans of things slightly different thereâ€™s Rising Starâ€™s Way of the Samurai 4 on PlayStation 3. IGN notes that thereâ€™s no English voice track â€“ just English subtitles over Japanese voices. We know that this isnâ€™t going to be everybody’s liking. Itâ€™s supposedly quite a good game though. EGM certainly enjoyed its unexpected silly streak.