This yearâ€™s Eurogamer Expo kicked off today, hosting the widest range of games imaginable. If you canâ€™t find something to grab your attention at the show then youâ€™re beyond even our help.

As you may expect it it’s the anticipated likes of Halo 4, ZombiU and Call of Duty: Black Ops II that are drawing the biggest queues.

Black Ops II has a dedicated section bigger than most with the centrepiece being this faux â€˜command tableâ€™ arrangement of demo units. The multi-player mode is on offer, complete with a rather excitable chap providing commentary for every match. We certainly couldnâ€™t knock his enthusiasm while we attended â€“ he made every headshot seem as thrilling as the last. We wonder if that’s going to be the case still come Sunday. 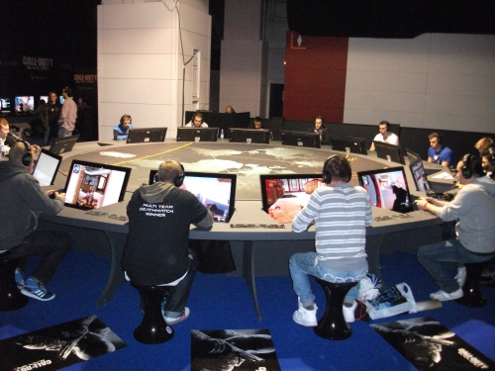 Whoever organised the retro section deserves a pat on the back. Almost every console to be released is present from Amstrad GX4000 to Atari Jaguar. Mario Kart, Power Stone and Bomber Man proved to be very popular. It could just be us, but those indulging in multi-player frolics appeared to have far bigger smiles on their faces then those playing, letâ€™s say, LittleBigPlanet Karting. 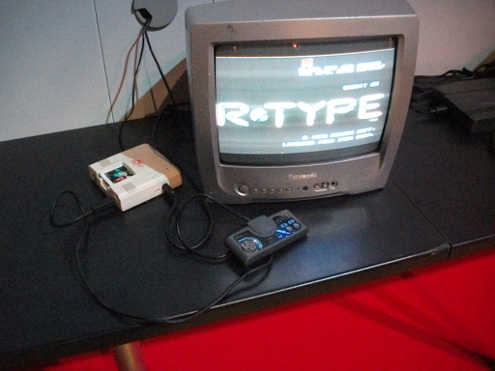 Carm-and-get-it. See what we did there? Anyway â€“ Carmageddon has a heavy presence. As well as Carmageddon Reincarnation on its way Carmageddon Funsize is going to be making a grizzily mess on mobiles, available as a free and premium download. If the stickers plastered in the menâ€™s toilet are to go by, the grannies who yell â€œI was in the warâ€ before colliding with your windscreen will be making a welcome return. Yes! 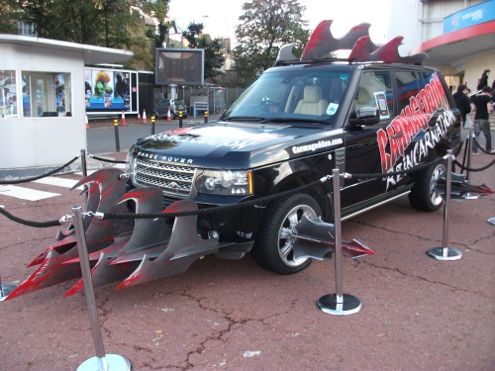 Aliens: Colonial Marines is another one with queues long enough to make our feet hurt. Weâ€™ve snapped a photo of Bella, the latest edition to the gun-ho marines. Bellaâ€™s inclusion came about after fans complained to Gearbox about the lack of female characters. 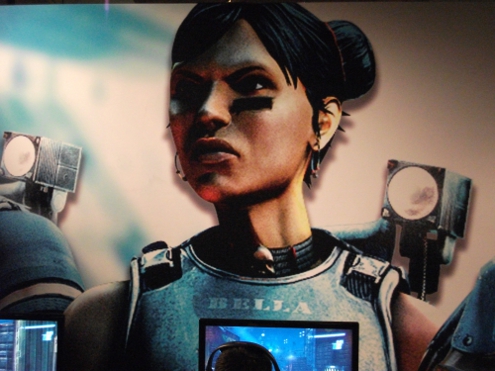 We had a little play on F1 Race Stars and liked what we saw. Vehicles take damage and can enter a pit stop, the three-tiered boost system is innovative and the pre-match animations are neat. The track we played â€“ a fantasy world with a medieval-style castle â€“ featured pedestrian traffic, steep hills and wet weather conditions to battle with. 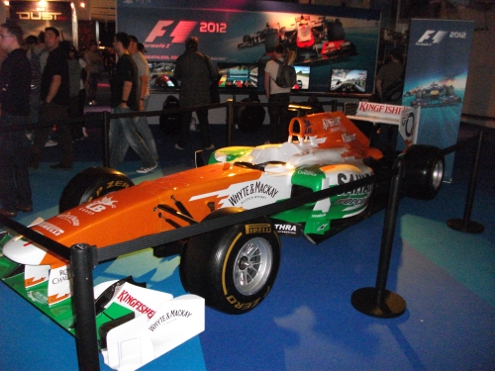 Merchandise is on offer and comes in all shapes and sizes, from inexpensive keyrings to these elaborately detailed figures from Square-Enix. Itâ€™s quite odd to see Square-Enix producing figures based on other publishers’ IP, like Master Chief and Chun-Li here. 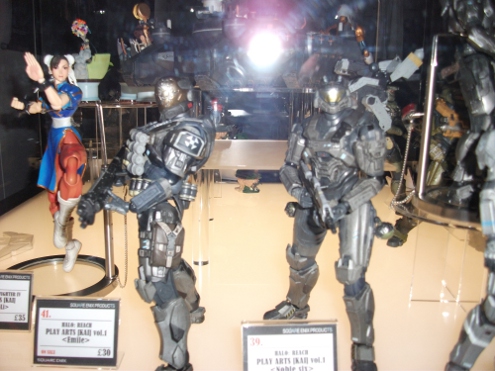 The Mountain Dew stand â€“ which had a promotion to tie-in with Halo 4 â€“ is one of the more creative ones, featuring a pair of novelty petrol pumps. This glowing Xbox 360 caught our attention. Sadly, itâ€™s not an actual working console â€“ it’s as hollow as your average YouTube commenterâ€™s brain. 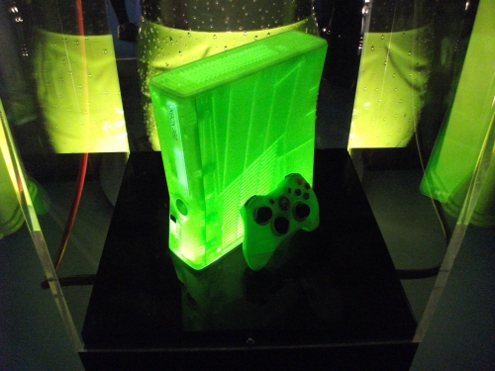 Lastly, hereâ€™s the Just Dance 4 funky fun bus as it (probably) wasnâ€™t called. Anybody willing to have a boogie in front of a sizable crowd is a braver soul than us. 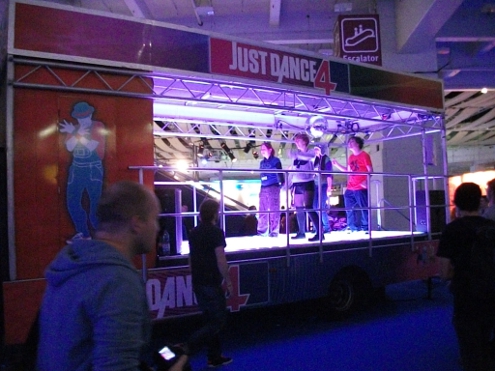 Next year’s show has been confirmed to take place 27th-29th September.