Remember the days when FIFA games were more often than not rubbish? Thankfully those days are long gone. FIFA 13 is going to set tills ringing this week and all signs point to it deserving to.

It walked away with a 9/10 from Eurogamer who found much to praise, including the weekly updated team and player stats and the Skill Games mode. “The new Skill Games mode in FIFA 13 is exactly the sort of bite-size football challenge that makes smartphone treasures like Flick Kick Football so compulsive – except that it’s built on one of the best football gameplay engines around, with all the pomp and connectivity you’d expect from a modern sports game,” they said. 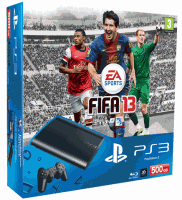 As per last weekâ€™s Pro Evolution Soccer 2013, itâ€™s out on everything â€“ even PlayStation 2, DS and PSP.

The fighting game revival also continues with Dead or Alive 5. Early reviews suggest that itâ€™s lacking in modes and innovation but itâ€™s still a solid brawler. With boobs. “Fighting game players in search of something completely new might be better off holding out for Persona 4 Arena. But if it’s just a solid, technical fighter you’re after, Dead or Alive fits the bill,” said the Official Xbox Magazine in their 7/10 review.

A collectorâ€™s edition is also available with an art-book, soundtrack CD, poster and a set of â€œpremium swimsuitsâ€. We assume these are DLC.

Activision are slipping out Family Guy: Back to the Multiverse. From the looks of things no review copies were sent out in advance, which suggests to us that itâ€™s terrible. Theyâ€™re also releasing Angry Birds Trilogy for Kinect, PS Move and 3DS. This made the news not just for being a bit on the expensive side (it’s Â£24.99 at most of the online retailers) but for having an achievement thatâ€™ll reportedly take 300 hours to gain. 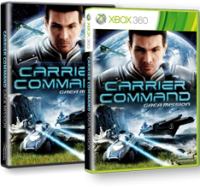 Carrier Command: Gaea Mission on Xbox 360 and PC is also arriving to a lack of fanfare. Although the publisher claims that itâ€™s an RTS, those who have played it report that it plays more like a typical shooter.

Thereâ€™s a couple from Ubisoft. Rocksmith for Xbox 360, PlayStation 3 and PC may be of interest to some. Rather than use a fake plastic guitar, a la Guitar Hero, itâ€™s compatible with any real guitar. It comes with the required cable or you can purchase it with an Epiphone Les Paul guitar. Amazon are selling the latter pack for Â£125. Ubisoftâ€™s other game? Puzzler World 2012 3D for 3DS.

Finally, thereâ€™s a budget-priced DS game out. This one may be better than most though â€“ itâ€™s a 2D adventure game based on Thundercats, published by Namco-Bandai.