To make that wait even more antagonising, at PAX it was confirmed that thereâ€™s a collectorâ€™s edition planned.

The collectorâ€™s edition will be available for both the 3DS and DS version of the game and includes a steelbook case, guide book, map and a gold sword stylus which probably isnâ€™t made of gold. 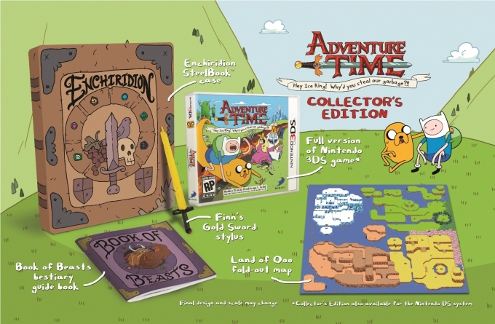 Weâ€™ve had a quick look around the US online retailers and found it to pre-order on Amazon.com for $39.99.

If this Zelda-homage is denied a UK release weâ€™ll be forced to resort to importing the DS version. Curse Nintendoâ€™s 3DS regional lock out.

Cartoon Networkâ€™s Adventure Time series has become a runaway success, and rightly so. The 12 minute episodes are packed full of imagination, not to mention plenty of jokes that only adults are likely to get.