Well, hereâ€™s a news story that we hoped weâ€™d never have to write. After twenty years of existence under various different guises â€“ including Super Play and N64 Magazine â€“ Future Publishingâ€™s Nintendo Gamer, as itâ€™s currently known, is to end next month. 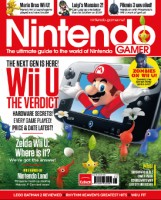 The final issue will be with subscribers within the next week or so and will have an exclusive cover drawn by Wil Overton. Those who purchase the final issue from one of the few places that do actually stock Nintendo Gamer will get a different cover. Itâ€™s due to arrive in shops 6th September.

Subscribers will be receiving a letter informing them of what is to happen to their subscription in the next few days. Weâ€™d wager that there will be the choice to change it over to one of Futureâ€™s other magazines, such as Games Master or the Official Nintendo Magazine.

The final Nintendo Gamer is set to be special tribute issue, containing a feature thatâ€™ll look back at the past twenty years of their independent Nintendo coverage. If there isnâ€™t a â€˜Solve my Mazeâ€™ joke in there weâ€™ll be very disappointed.

Nintendo-Gamer.net will continue to provide Nintendo news, reviews and more. Recently their Twitter followers were asked which previous magazine features theyâ€™d like to see dusted off, so expect some older articles to resurface too. 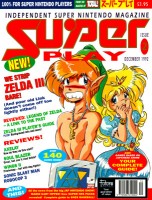 Why has the magazine been killed off? No official explanation has been given, but sliding sales are likely to blame. The Wii is approaching its deathbed and letâ€™s not forget that the 3DS didnâ€™t get off to the best of starts either. There appears to have been trouble internally too â€“ the magazine has seen numerous changes of editor since the recent revamp, while staff writer Matthew Castle has jumped ship ‘to the dark side’ to write for the Official Nintendo Magazine.

It certainly wasnâ€™t down to the quality of the magazine â€“ articles from staff writers and also the freelancers have always been superbly written.

In a way, we should be glad the Nintendo Gamer writers are able to give their publication a fitting send off. Many magazines simply end without the chance for the writers to say farewell due to being cancelled at the drop of a hat or due to the publishing house going bust. The final issue of Saturn Power even featured a â€˜coming next monthâ€¦â€™ page.

Weâ€™ll take a closer look at the final issue once itâ€™s in our grubby mitts. Until then, you can share your thoughts and memories by getting in touch with their online editor Chris Scullion. Contact details are available towards the end of Nintendo Gamerâ€™s farewell article here.