None of the characters below are starring in the upcoming PlayStation All-Stars, but by our reckoning Sony still has the rights (or could easily access the rights) to at least five of them. Whether gamers would want to play as a cartoon mouse or a medieval jester over Nathan Drake or Cole MacGrath is another thing entirely. 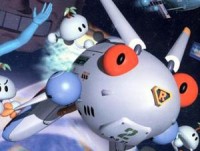 Jumping Flash! was the PSoneâ€™s first platformer, launching alongside the machine, and was praised for being highly original. A first-person platformer was something nobody had ever seen before. Thatâ€™s unless you had the chance to play the developerâ€™s previous game Geograph Seal for the Sharp X68000, which was highly similar.

Ocean Software were big players back in the â€˜80s but failed to adapt to 32-bit markets, with their final game being the PSone version of Mission: Impossible. Cheesy could been seen as sign that they were losing their way â€“ even in the ’90s a bright yellow mouse wearing green shorts was perhaps the least trendy video game character ever to be designed.

Although reviews werenâ€™t bad, it was only ever released in Europe and Japan. Cheesy received a slight makeover for his Japanese dÃ©but, making him a little bit more tolerable on the eyeballs. 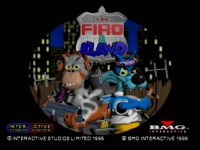 If Kane & Lynch were ever transformed into cartoon characters then theyâ€™d probably look a bit like Firo & Klawd. Gun totting ape Firo was the muscle while Klawd was an alley cat with street smarts.

Another 2D or possibly 3D platformer? Nope â€“ this was an isometric affair, with a plot involving stopping a counterfeit money ring. It was a game that vanished without trace upon release but the characters must have had some appeal â€“ we seem to remember that they were often in CVGâ€™s ‘drawings what you done’ pages.

Another offering from Ocean, but this one was way more ambitious than Cheesy and had a lot more press attention. After seeing much promise, SECA picked it up for the US market while Konami bagged publishing duties for Japan. Then the reviews came in… and they werenâ€™t too kind.

IGNâ€™s review is still up â€“ they gave it a 5.0. â€œIf I had to recommend Jersey Devil or Gex: Enter the Gecko, it easily would be the latter.â€ 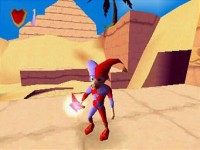 Weâ€™ve mentioned Jinx before on Games Asylum as thereâ€™s an odd titbit of information about it. The purple-clad jester first made his appearance on a demo disk which was given away with McDonald’s ‘extra value’ meals. About a month later the Official PlayStation magazine â€“ which was long in the tooth at the time â€“ announced the game in their news section giving it just a small paragraph of text and reporting that not much was known about it, even though a playable demo was available.

The next month, again, it was only given a small preview and treated in a mysterious manner. It was almost like the writers had been told to only drip-feed information about it. Jinx did eventually appear on the cover though, as did the demo. It wasnâ€™t a bad little game but it didnâ€™t offer much for experienced gamers. 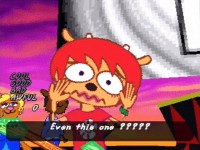 Parappa the Rapper is starring in PlayStation All-Stars but UmJammer Lammy is not. This is kind of understandable â€“ two floppy 2D character may make the whole thing a little too nonsensical. Not that Nathan Drake smacking Fat Princess around the chops makes any sense at all.

For the uninformed, UmJammer Lammy was sort of sequel to Parappa the Rapper, featuring similar gameplay and even a few character cameo appearances.

If PlayStation All-Stars does well, and Sony look at bolstering the roster with new characters, Lammy has a much better chance of making the cut than any other character in this article.

Tombi (aka Tomba) is another game weâ€™ve mentioned lots of times in the past, often receiving a shout out during our eBay round-ups. It routinely sell for Â£50, as can the sequel.

Tombi â€“ a caveman with a fearsome set of gnashers and hair of outrageous pink hair â€“ was a likeable character, and both Tombi and its sequel reviewed well. But sales were mediocre, forcing developer Whoopie Camp to shut down. We can’t say “whoopie” about that.

Weâ€™ve kept track of every giant spider weâ€™ve killed when playing a video game and the grand total comes to 1,754. Rather than kill spiders though, Spider: The Video Game (eh?) let you play as one.

The star of Spider wasnâ€™t any old household spider though â€“ this was a cybernetic insect, being controlled by the thoughts of a scientist. Not wanting to stereotype, but we canâ€™t imagine this game being too popular with female gamers. 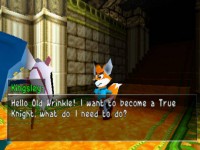 Just think: if it had done well we may be playing Skylanders: Kingsleyâ€™s Adventure right now. 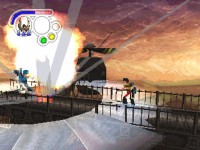 Wild 9 was a victim of its own hype. After appearing on the front of magazines and being billed as â€˜Earthworm Jim for the next generationâ€™ due to being from the mind of Dave Perry, it ended up being repeatedly delayed while the Sega Saturn version was canned. By the time it did arrive reviewers could muster little enthusiasm for it.

The cast of characters was pretty strong with Wex himself able to attack enemies using a weapon called The Rig â€“ a backpack with the ability to pick up and throw objects. If you ever see it cheap then itâ€™s worth a try, especially if youâ€™re a fan of Earthworm Jim. It’s quite groovy.

Next week: The forgotten heroes of Xbox