You wonâ€™t find Wonderboy or Alex Kidd on this list of Segaâ€™s long lost heroes â€“ weâ€™re going even deeper into the depths of obscurity. Presenting eight former heroes that Sega have seemingly forgotten about: 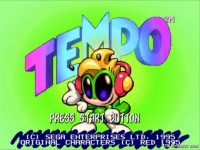 Despite starring in three different games on three different formats â€“ Game Gear, 32X and Saturn to be exact â€“ Segaâ€™s music-loving grasshopper was rather under-loved. This could be pinned down to a couple of reasons â€“ Europe only received the Game Gear version, while the Saturn version remained in Japan.

All three games were pretty good, though, being very similar to the original Rayman in terms of look, feel and difficultly level. The 32X version was one of the systemâ€™s most underrated games, and one of the few to make good use of the add-onâ€™s enhanced sound chips. 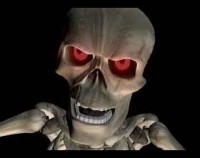 Cast your mind back to 1996. The PlayStation was reportedly outselling the Saturn by 10 to 1. Although underpowered, it wasnâ€™t so much a case of the hardware failing to impress but rather the range of software. While Sony were heavily promoting the likes of Crash Bandicoot, Rage Racer, Destruction Derby 2 and WipEout 2097, Sega were releasing obscure Japanese titles and 2D platformers that, when compared to the aforementioned, looked a bit passÃ©.

Case in point: Mr. Bones, a cut-scene heavy 2D platformer which came on two disks and starred a nondescript skeleton.

And hereâ€™s another example of a game which was far removed what from Sony were treating PlayStation owners to at the time. Three Dirty Dwarfs was from the developers of Ecco the Dolphin, but rather than promote the game around this fact, well, it wasnâ€™t promoted at all.

Taconic, Corthag and Greg were the names of the dwarfs, who had to fight through a post-apocalyptic rendition of The Bronx using mostly sporting equipment. Like Mr. Bones, itâ€™s a game thatâ€™s hard to find and can fetch a handsome sum. 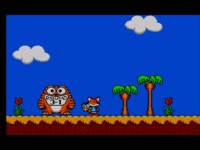 â€œRemember, you’re not an average fox, you’re Psycho Fox!â€ read the back of the box for this well-received Master System platformer. Psycho Fox wasnâ€™t the only character in the game, however â€“ players could change into different animals with their own abilities.

For quite an obscure release thereâ€™s a bit of history behind it â€“ itâ€™s the predecessor (of sorts) to Decap Attack on the Mega Drive, which was the westernised version of the brilliantly named Magical Flying Turbo Hat Adventure. It has been said that Psycho Fox was the inspiration behind Tails, although the truth of that is hard to ascertain. 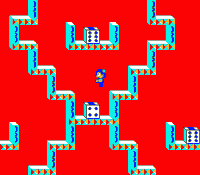 Teddy Boy was one of the better games in Segaâ€™s Â£9.99 Master System budget range, but even then thatâ€™s not saying much â€“ none of their purse pleasing games were particularly excellent.

The Japanese version was known as Teddy Boy Blues and featured Teddy Boy holding a gun on the cover. The cover for the European release however featured just the top of Teddy Boyâ€™s head, with a bug knocking his blue baseball hat off. Oddly, his hat was green in the game. And going by the Japanese version it was meant to be a beret rather than a baseball cap.

Teddy Boy may have been a pretty bland character but regardless it was quite a popular Master System game due to the low price tag.

Sega took such a long time to release the Saturn in Europe that by the time it arrived launch title Clockwork Knight had already received a sequel in Japan. As such, the releases of Clockwork Knight and Clockwork Knight II in Europe were only months apart â€“ the original was released in July and the sequel in October. Both games saw Sir Tongara de Pepperouchau III â€“ or Pepper, for short â€“ out to rescue the Clockwork Fairy Princess, Chelsea.

Itâ€™s quite easy to draw comparisons with the movie Toy Story â€“ both were released around the same time. In fact, Clockwork Knight probably did very well off the back of it. 3DS remakes would be most welcome â€“ we recently played the sequel and it still holds up well. 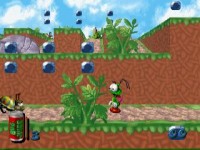 Bug was the star of another early Saturn platformer with 2D characters on 3D backgrounds. The similarities with Clockwork Knight donâ€™t just end there â€“ Bug! also received a sequel, entitled Bug Too!

With no Sonic game available at the Saturnâ€™s launch, Bug! sold quite well. A 32X version was rumoured in one of the UK Sega magazines and probably would have turned out to be a faithful conversion â€“ it wasnâ€™t particularly a polygon heavy affair and even Bug himself was a 2D sprite.

We wouldnâ€™t turn down a 3DS version of this, either.

Ristar is perhaps the least obscure character on this list â€“ itâ€™s a game that has appeared on Segaâ€™s retro collections and is also usually included on those licensed Sega handhelds. Sega fans hold the game in high regard too, as itâ€™s a genuinely excellent platformer.

Ristarâ€™s development history is an intresting one. Not just because it was originally going to be called Dexstar but because for a short period of time Ristar was going to be a rabbit who could throw enemies using his giant ears.

Proving that Sega do listen to their fans occasionally, Ristar made a very brief cameo appearance in Sonic & Sega All-Stars Racing in one of the DLC tracks. If only theyâ€™d listen to what fans wanted a little more they wouldnâ€™t have to put up with petitions and the like asking for Shenmue III.

Next week: The forgotten heroes of PlayStation

Two Taito ‘Ray-series’ collections due next year, M2 at the helm