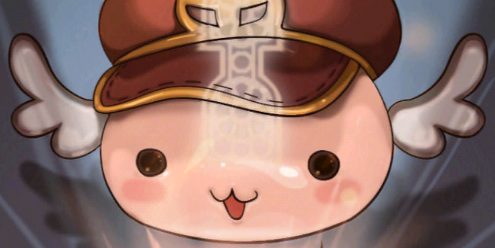 You know an RPG series has hit the big league when minor characters start to appear in their own spin-offs. The Chocobos from Final Fantasy have departed the main series many times to star in the likes of Chocobo Racing and Chocoboâ€™s Dungeon, while the blue blobs from Dragon Quest appeared in Rocket Slime on DS. Now itâ€™s the turn of colourful blobs from popular PC MMO Ragnarok Online to star in their own iOS game.

Judging by the screenshots alone it may look like a Puyo Puyo clone, but in reality it couldnâ€™t be more different. The idea is still to match up three or more blobs of the same colour, but rather than fall from the top of the screen in fixed shapes and at a steady pace, the Porings (as theyâ€™re known) come tumbling down ten or so at a time and then gather at the bottom of the screen to form a sea of smiling blobs.

Thereâ€™s a physics engine in place – if youâ€™re failing to spot any Porings of the same colour next to one another you can shake your iPhone or iPad to move them around. Each level differs by having either a shape or object placed somewhere on the screen, and occasionally you need to shake your device to get the Porings to leap over or pass through them.

Also at the top of the screen thereâ€™s a trio of gauges. As you pop the Porings these fill up, and when full they can be used to clear all Porings of a corresponding colour. There are a few special Porings to look out for as well, some of which hinder your progress. Fire Devil Porings explode and swamp the screen with other Devil Porings, while Metal Porings cannot be cleared until an Angel Poring appears.

Although advertised as a puzzle game, Angel Poring doesnâ€™t particularly feel like one as it’s far removed from your typical affair. This isnâ€™t a bad thing though in the slightest â€“ the â€˜match-threeâ€™ puzzle genre really needs a shake up and thatâ€™s what this game delivers. There isn’t much you can do in the way of planning ahead, but the rate that the Porings fall and land requires you to think fast.

Thereâ€™s perhaps a little bit too much reliance on luck to succeed, which is Angel Poring’s biggest problem by far. When tilting the screen you donâ€™t have full control of where the Porings will end up, so you just have to cross your fingers and hope that a few of the same colour will land next to one another. Thankfully the time-limits and score criteria for each level are reasonably generous. It’s a pleasant looking game too, plus there’s online play as an extra bonus.

Another curio for the App Store, then.