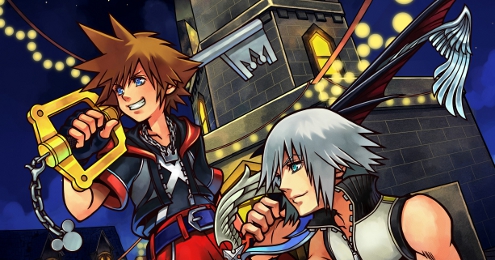 There is one thing you can bank on in the world of videogames – when a console starts getting long in the tooth, more budget games appear. Theyâ€™re called budget games for a reason â€“ not just because theyâ€™re cheap, but because theyâ€™re often made on a budget of very little. There are a few exceptions to this rule, like when a publisher will localise an obscure but good Japanese release, but generally theyâ€™re poor imitations of better games.

To save even more pennies, publishers often release their budget games in bulk to save on distribution costs. A case point is this week, which sees four new cheap Wii games â€“ Flatout, Monster Trucks, Hyper Fighters and Supersonic Racer. The last one, sadly, has nothing to do with the PSone semi-classic Supersonic Racers. Nintendo Gamer reviewed Flatout earlier this year where it received a right mauling, resulting in a 20% review. It has nothing to do with the original Flatout developers Bugbear, hence why itâ€™s on the (very) sloppy side. Hyper Fighters is an arcade-style on-rails shooter while Monster Trucks features the words â€œUltra Mega Extreme!!!â€ on the boxart so you know what to expect from that one. Right?

But whatâ€™s this? Thereâ€™s some Square-Enix magic in the air to brighten up this weekâ€™s release list. Kingdom Hearts 3D: Dream Drop Distance has been getting good reviews including 84% from the Official Nintendo Magazine and 72% from Nintendo Gamer. Nintendo Gamer didnâ€™t like the near constant random battles, claiming that they found themselves fleeing from fights to prevent â€œsheer tediumâ€. It looks lovely though â€“ a real showcase of what the 3DS can do.

Over on Xbox Live Arcade meanwhile, Tony Hawkâ€™s Pro Skater HD has kick-flipped off Microsoftâ€™s Summer of Arcade promotion for the sum of 1,200 MSP. If you buy three games in the promotion you get 400 MSP back. Thankfully, all five titles are looking quite good this year.