First person shooter Spec Ops: The Line isnâ€™t new IP but it has been such a long time since the last Spec Ops game (2002’s Spec Ops: Airbourne Commando) that it may as well be. Spec Ops: The Line is pretty far removed from previous games in the series too. Much like Tom Clancyâ€™s Ghost Recon: Future Solider it has received a steady slew of 8/10s. Most reviewers were surprised by the developerâ€™s storytelling skills. â€œThere are such a lot of shooters these days, and so many tend to blur into each other if you’re not careful. This one won’t, however – and that’s quite an achievement,â€ said Eurogamer. A demo is available on Xbox Live and PSN if youâ€™re curious.

Remember when it was announced that the UK were holding the 2012 Olympics and that it would create plenty of new employment opportunities? So much for that happening – London 2012: The Official Video Game Of The Olympic Games has been developed by a Korean company. Derby-based Eurocom made Beijing 2008 for Sega, so itâ€™s not like finding a UK company to make it was going to be an impossible task. The first review to appear online was a poor 2/5 from French site GameBlog. “It’s not very pretty and not very well animated either,â€ they said. In French. For those who must have every piece of London 2012 merchandise, a steelbook edition exists.

Weâ€™re still not sure if Spider-Man needs a reboot so soon after Spider-Man 3, but weâ€™re confident in saying that Activisionâ€™s The Amazing Spider-Man tie-in is better than last yearâ€™s Spider-Man: Edge of Time. Reviews so far include 7.5 from Gamespot UK and a 7 from Team Xbox. Gamespot praised the humour and good looking boss battles but werenâ€™t too keen on the indoor sections. A demo for the 3DS version is apparently going to be appearing on the 3DS eShop soon.

The Amazing Spider-Man isnâ€™t the only movie tie-in doing the rounds this week. Thereâ€™s also Ice Age: Continental Drift – Arctic Games which is out on just about every format going. The Xbox 360 version is Kinect only, if youâ€™re thinking of getting it purely for those presumably easy achievements. The fact that itâ€™s a sports package and not a proper adventure/platformer suggests to us that it was made in a hurry. 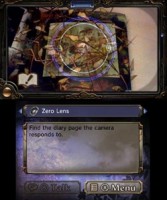 Going back to the 3DS eShop for a moment, currently thereâ€™s a five minute promotional video on there for spook â€™em up Spirit Camera: The Cursed Memoir. While itâ€™s great to see a bit of promotion for a game thatâ€™s likely to be ignored by most, Nintendo forgot one essential thing â€“ to tell viewers what itâ€™s actually about. Thankfully a quick search on Google fills in the blanks. It comes with a 16-page AR book which you have to use in conjunction with the 3DS camera to free a girl called Maya, who has become cursed. Nintendo Gamer said it wasnâ€™t bad but itâ€™s a little short on content. They gave it 71%.

Project Zero 2: Wii Edition sounds like a better proposition for those who like their games to be on the scary side. Nintendo Gamer gave this one 89% while the Official Nintendo magazine gave it 72%. â€œBrown trousers all round, if you don’t mind the unwieldy control method,â€ they said.

Also on 3DS (and DS) this week is Harvest Moon: The Tale Of Two Towns. As pleasing as it is to see Harvest Moon on 3DS, itâ€™s a game that wasnâ€™t originally designed for the format, being a mere conversion of the DS version. The Metroâ€™s GameCentral gave it 5/10 earlier this week but US reviews from late last year were a lot more positive. We have to say that we like the idea of the premise â€“ to unite two feuding towns.

Rising Star are releasing To-Fu Collection on DS as well and at a budget price. Itâ€™s a collection of iOS games which have been downloaded over a million times so far.

PS Vita owners have two games to consider too. Metal Gear Solid: HD Collection is missing MGS: Peace Walker despite it being available on PSN, but it does feature save sharing with the PS3 version. The other release is Jonah Lomu Rugby Challenge, which is a very belated release at that â€“ the PlayStation 3 version came out last October. Itâ€™s a game which has held its price though, which we assume is why it has a Â£39.99 price tag rather than a budget priced one.