When Nintendo revamped the DS for the first time we received a smaller model. This isnâ€™t going to be the case with the 3DS though â€“ next month will see the release of the super-sized 3DS XL. 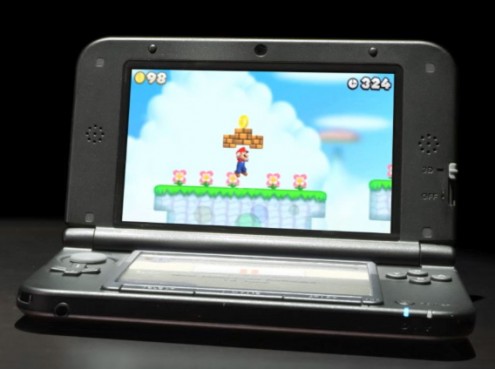 Itâ€™ll also come with a larger SD card â€“ 4GB compared to the standard 2GB. However, it wonâ€™t be sold with an AC adaptor. Youâ€™ll either have to use an older DS adaptor or buy one separately.

Itâ€™ll launch in three colours when it arrives on 28th July â€“ red, blue and silver.

We can’t help but to think that this would have have been the ideal time to release the long awaited Professor Layton and the Mask of Miracle in Europe, which was in fact a Japanese launch title.

During the Nintendo Direct conference in which the 3DS XL was announced, it was also confirmed that Animal Crossing 3D and Fire Emblem: Awakening wonâ€™t be arriving in Europe until the first half of 2013.