Two games out this week have been referred to as rescuers of this yearâ€™s slumping game sales. Those two are of course Cartoon Network Punch Time Explosion XL (Max Payne 3) and Athletics Tournament: Summer Challenge (Diablo 3). 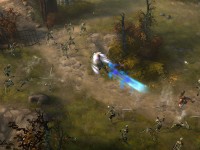 Diablo 3 â€“ Amazon.comâ€™s most pre-ordered game of all time â€“ didnâ€™t get off to a smooth launch with sever connection problems and various other errors in abundance during its Tuesday launch. Hopefully by the time you read this most of those problems will be sorted out. One gamer made the news on Tuesday night by claiming that heâ€™d finished it already in just over 12 hours. Look out, ladies. Is it a game that has been worth the 12 year wait? The few reviews that have surfaced so far suggest so, including a 9.5 from GKick. We have to say that we quite like the sound of the character classes. Any game that lets you play as a Witchdoctor gets our thumbs up.

Reviews of Max Payne 3 have been a whole lot more forthcoming â€“ all the major websites were given review copies in time for the gameâ€™s American launch on Tuesday. Scores havenâ€™t been quite as glowing as some of Rockstarâ€™s other games â€“ the first review that we saw online was an 8/10 from the Official Xbox Magazine (US), followed by a 7 from both EDGE and Eurogamer. There has been a few 9/10s knocking around too though â€“ IGN spoke very highly of it indeed. Most reviewers agreed that the story and production values are of the usual Rockstar standard but the checkpoint pacing is way off. 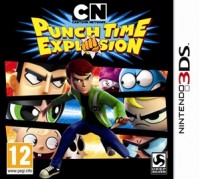 In a week that has been two of this yearâ€™s most anticipated games, it seems especially odd to say that Cartoon Network Punch Time Explosion XL is worth considering too. Reviews have been surprisingly good such a 7/10 from 360 Gamer magazine. With characters such as Captain Planet and Johnny Bravo we think itâ€™s morally ok to be intrigued. Itâ€™s out on Wii, 3DS, PlayStation 3 and Xbox 360.

Then we have Athletics Tournament: Summer Challenge, which we very nearly confused with the upcoming Summer Stars when writing this round-up. Quite an easy thing to do in all fairness seeing theyâ€™re from the same developer and have similar box-art. German developer 49Games has been knocking these out for years and although they donâ€™t get much press attention theyâ€™re usually pretty good, if a little laborious.