With the figures selling out quickly and Activision drip-feeding details of Skylanders: Giants in order to get fans in a frenzy, Skylanders fever is very much in full swing.

Weâ€™ve noted before in a previous eBay round-up how a few of the rarer figures have sold for large amounts, but a quick look at eBayâ€™s completed listings is all it takes to reveal that figures routinely sell for large sums. 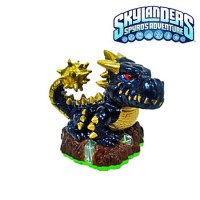 Starting off this feature with a bang is this set of six new and sealed gold and silver Skylanders which fetched $1,050 (Â£651) on a Buy It Now auction. Three silver figures, also new, managed to sell for Â£310 with 8 bids.

There are a few exclusive figures that fans are eager to add to their collection too. A 2012 Nuremberg Toy Fair exclusive Hex figure sold for Â£410 on a UK auction, attracting 25 bids. Thereâ€™s also a metallic Cynder which was only sold at a New York toy fair. One of these ended for Â£185 (34 bids). 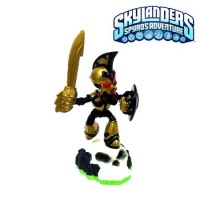 As well as the gold and silver editions, a few â€˜legendaryâ€™ figures exist. These have a slightly slicker paint job than the usual. All figures appear in the game as normal though, no matter what edition they are. Toys R Us are the only place you can get Legendary Trigger Happy. An odd choice as this character is packaged with the starter set. He can still draw in the bids, though.

The latest set of figures sell for dozens of times over their original value too. These include Camo (one of which sold for Â£47.16), Warnado (Â£43.43) and Wham Shell which ended at Â£60.

Skylanders: Giants, as the name suggests, is going to include super-sized figures thatâ€™ll no doubt sell for a higher price than the standard figures. Hear that? Thatâ€™s the sounds of Activision dive bombing into a swimming pool filled with money.