GamePro has been in the news recently. Sadly, it hasnâ€™t been for the best of reasons â€“ both the website and magazine were closed down in December. When visiting the GamePro.com now, those expecting gaming news and reviews are instead redirected to the PC World magazine website.

The magazine had been struggling for a while and when it was announced last July that it was going to become a quarterly publication then perhaps we should have seen what was coming. A quarterly gaming mag really does sound like the stupidest thing ever.

A lot of people were sad to see both the website and the magazine go. Since arriving on the scene in 1988 it was a decent alternative to EGM magazine (or vice versa) and especially during the â€˜90s an indispensable source of gaming news.

Rather than using the factual names of the writers, each was given a fake persona such as Miss Spell, Major Mike and Bruised Lee. These characters became popular and ironic enough to be turned into action figures. Early issues also included a news section looking at British gaming news and trends, presented by Buck Ingham.

Another popular feature with fans was LamePro, a yearly spoof with fake news that always appeared in the April issue. Their spoof from 2005 caused a little bit of a fuss as it took a pop at IGN. LameProâ€™s rendition of IGN.com was named GNO.com and featured the phrase “You can’t spell ignorance without GNOâ€. It later emerged that GNO.com was actually a registered domain name and GamePro were forced to make an apology.

Until a few years ago GamePro reviewed games in 0.5 increments, with 5.0 being the maximum score. Games were scored in four categories: Graphics, Sound, Control, and Fun Factor. Their review of Sega Genesis Collection on PlayStation 2 caused a stir online â€“ the reviewer suggested it should have contained games â€œlike Road Rash and Contraâ€ and then went to call such classics as Ristar â€œfillersâ€. To add further insult to injury, Ecco the Dolphin was also misspelt “Echo”. 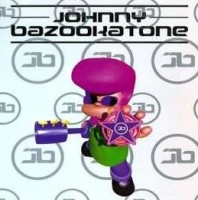 A UK version of GamePro did exist for a while, released shortly after the Sega Saturn and PSone arrived on the scene. The first issue came with a Jonny Bazookatone music CD, with Jonny Bazookatone being an oft forgotten star of a rather basic 2D platformer published by US Gold.

Another issue came baring a free Peperami and featured Worms on the cover. See what they did there? The reviews section took up most of the magazine and scores were slightly suspicious â€“ it was rare to see a game rated any less than 70%. Even Rise of the Robots 2: The Resurrection was given a glowing review.

As is always the way in our magazine look back articles, weâ€™re going to take a look at an old issue â€“ one from March 1993, to be precise. This issue contained an early look at the 3DO system, a two page article on the Supervision handheld â€“ where the writer amusingly points out that the games are incompatible with the Game Boy – and a fifteen page Flashback comic book. Reviews included Batman Returns on Genesis, The Lost Vikings on SNES and Sonic 2 on Game Gear.

GamePro lives on in other countries â€“ the French and German GamePro sites are still up and running. The magazineâ€™s infamous Pro Tip boxouts have become something of an internet meme too. And there was me thinking it had stemmed from Sega Pro magazine.