Cabela’s Big Game Hunter 2012 is out this week which in a way is ironic â€“ as we were compiling this new release round up we found it hard to identify what this weekâ€™s big game is. Not that there isnâ€™t anything decent out â€“ itâ€™s just a funny week of odds and sods. 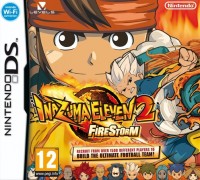 Football fans are well looked after with FIFA Street and Inazuma Eleven 2: Firestorm / Blizzard hitting shelves. In typical FIFA fashion, FIFA Street is the best one yet with the demo getting plenty of thumbs up. Inazuma Eleven 2: Firestorm / Blizzard couldnâ€™t be more different, being the action-based RPGs that they are. GAME are selling the original in their clear out for Â£9.98 if youâ€™d rather start with that one.

On PlayStation 3 there are a couple of exclusives – Yakuza: Dead Souls and Saint Seiya Sanctuary Battle. IGN gave Yakuza: Dead Souls a 5.0. â€œYakuza Dead Souls is not a bad game â€“ it is a good game ruined by broken mechanics,â€ they said while highlighting such problems as â€œappalling slowdownâ€. Saint Seiya Sanctuary Battle is not an RPG as you may first guess, but rather a beat â€™em up. Thereâ€™s a brief video here. Apparently the anime on which itâ€™s based is incredibly popular in France. And Japan, obviously.

BIT.TRIP Saga on 3DS and BIT.TRIP Complete on Wii should please those looking some something a little different. They both contain all six BIT.TRIP games along with extra challenges, fan remixes, image galleries and such but only the Wii version (BIT.TRIP Complete) comes with a soundtrack CD. Â£19.99 on Amazon seems to be the best price for the Wii iteration. Both Play and Amazon are charging Â£36.99 for the 3DS version, which doesnâ€™t sound right at all. 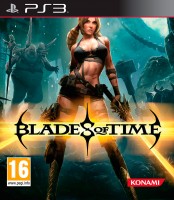 Another budget release is Konamiâ€™s Blades of Time on 360 and PlayStation 3. Itâ€™s a semi-sequel of sorts to X-Blades, a shoddy hack and slasher from a few years ago. Itâ€™s apparently a little bit better than the original. A Twitter follower even described it as â€œfunâ€.

Then thereâ€™s Captain Morgane and the Golden Turtle on Wii and DS. Itâ€™s a point and click adventure game which really is too sensible for its own good. Whereas other point and click games have you think outside of the box, Captain Morgane â€“ in Nintendo Gamerâ€™s own words â€“ calls a spade a spade, with the first puzzle being to find a duster and clean up some dust. They gave it 50% – not a bad game, but a dull one.