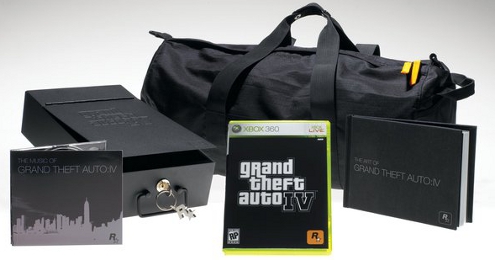 Looking back on the PlayStation 2 and Xbox era you can count the special edition box sets on one pair of hands. The cardboard sleeve editions of ICO and The Shadow of Colossus and a few metal tin editions of are all that spring to mind. There may have been a version of Crash Bandicoot that came in a fluffy orange case too, unless our mind is playing tricks.

In a time when publishers are even more determined than ever for gamers to purchase their titles as new and upon release, it seems that every other new game is being given the collectorâ€™s edition treatment. But is this a good thing?

Letâ€™s not confuse collectorâ€™s editions with pre-order incentives here. Pre-order bonuses tend to be extra DLC, such as exclusive armour or an extra level. From our experience these bonus levels tend to be last minute rush jobs made at the publisherâ€™s request rather than the developerâ€™s want. The bonus sewer level in RAGE was little more than a couple of rooms joined together while the extra mission for Deus Ex could be finished in ten minutes. Still, itâ€™s nice to be rewarded for being an early adopter and exclusive weapon skins or characters for mutli-player usually prompt a reaction online.

It would seem that the definition of a good collectorâ€™s edition are those that contain items of actual use. The Grand Theft Auto IV Special Edition contained a metal lock box, keyring and rucksack â€“ three things of practical purpose â€“ while Call of Duty: Modern Warfare 2 Prestige Edition had night vision goggles. USB memory sticks, like the one Forza 3 came with, are always handy to have and there was nothing wrong with Dead Rising 2â€™s Zombrex syringe pen. People found the guide that came with Demonâ€™s Souls helpful, and rightly so, but what is there to gain from an art book? Most of the images included in said books can be found on a developerâ€™s website under their â€˜concept artâ€™ sections.

Bundled music CDs are all well and good, and fairly common due to being cheap to produce, but theyâ€™re only going to be as good as the music they contain. The music CD that came with the Sonic Adventure 2 10th Anniversary boxset was in my CD player often but the CD bundled with Mario All-Stars 25th Anniversary was soon back in its case. It contained just one music track from each game and a handful of sound effects. Hardly a glorious way to celebrate Marioâ€™s birthday. Bioshock 2 Limited Edition included a vinyl record â€“ although lovely to hold and touch, and no doubt included to mirror the era that Bioshock is set in – itâ€™s only going to be of use to somebody with a record deck.

Statues are curious things, or at least from my perspective. I can sort-of see why people would want to decorate their room with them. Itâ€™s to use as a weapon in case a burglar breaks in, right? I jest, of course. 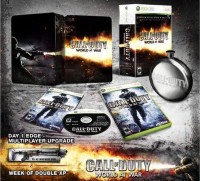 There are quite a few collectorâ€™s editions out there which really are quite pointless. Duke Nukem Forever: Balls of Steel Edition contains poker chips, but not enough for a game of poker, while Call of Duty: Black Ops Hardened Edition had a plastic medal. Because thatâ€™s what everybody wants, right? A plastic medal to wear. The Call of Duty: World at War collectorâ€™s edition was criticised at launch as the water bottle it contained couldnâ€™t be opened. It may as well have not even existed.

Metal tin editions also strike me as a little pointless. They get dented easily â€“ some of the ones Iâ€™ve seen second hand look like theyâ€™ve been used to test sandpaper. They also look out of place with other games lined up on a shelf. Halo 3â€™s metal tin wasnâ€™t even up to the job of holding the disk in place â€“ thousands of disks reached gamers scratched, and Microsoft ended up having to foot the bill.

Then there are the limited editions that really arenâ€™t limited editions. The ones that retailers end up selling for the same cost as the standard game just because theyâ€™re taking up too much space in their stock room. No doubt the people who paid full price only to see them for a quarter of the price two months later feel a little burned.

We arenâ€™t against collectorâ€™s editions, but we are against filling our gaming rooms with useless tat. Publishers â€“ please give us things we can use. We really donâ€™t need any more dust magnets about the place â€“ looking at the Wiiâ€™s release list, itâ€™ll soon be taking care of that quite nicely.