This week pQube kindly remind us that itâ€™s winter by releasing Winter Sports 2012: Feel the Spirit on Wii, 3DS and PC. The promotional video includes no in-game footage to speak of, which is a little worrying, but one of the events included is â€˜ice speedwayâ€™ (read: motorbikes on ice) which sounds pleasingly barmy. Itâ€™s by 49Games who also worked on the multi-format Winter Stars which we reviewed in November. Wouldnâ€™t be surprised if the developers have recycled more than a few assets, given that the two appear very similar. 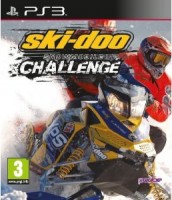 pQube are also unleashing Ski-Doo Snowmobile Challenge on PlayStation 3 this week. Itâ€™s not a new game â€“ it was released in the US back in 2009 â€“ but reviews were above average including 6.7 from IGN. It has a 12 player online mode but given that currently only 100 people have viewed the video of it on YouTube we canâ€™t imagine that the opponents are going to be easy to find online. Oddly, GAME lists an Xbox 360 version but Play and Amazon have no mention of it. The video only mentions the PlayStation 3 version too.

This weekâ€™s only other release is also a sports game. Fishing is classed as a sport, isnâ€™t it? You can view a video of Reel Fishing Paradise 3D here. We quite like the idea of being able to catch fish and put them in customisable tanks but we think weâ€™d rather wait for the next Animal Crossing for our fishing fix.