The third part of our achievement feature involves the stupidest ever to be devised. Feel free to replace the word â€˜stupidestâ€™ with the word â€˜easiestâ€™ there as most are stupid because theyâ€™re so easy to gain. 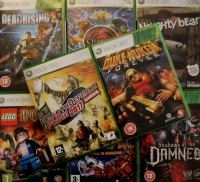 Eat Lead: The Return of Matt Hazard is a silly game, parodying dozens of videogames, so it does make sense that it has silly achievements. 15G for starting the game, 5G for pausing the game (‘You Took Five!’) and a ridiculous 60G for watching the credits which are available from the options screen. Thatâ€™s a potential of 80G before youâ€™ve even killed your first enemy.

Quite a few Japanese games give achievements for starting a game too including Shadows of the Damned, Virtual On: Force, Dodonpanchi Resurrection and Deathsmiles. Long before these games were released The Simpsons Game had a similar one – â€˜Press Start to Playâ€™ with the description of â€œThe easiest achievement… ever”.

Going back to Japanese games, a few Japanese developers out there have an odd sense of humour. Finishing the mediocre Bullet Witch on Hell Mode unlocks an achievement worth 1G, and in Dead or Alive 4 if you lose a certain amount of online matches in a row then some achievements worth sweet FA are added to your score. Or not added, in this case.

Becoming ‘Prestige’ in Call of Duty: World at War â€“ the highest rank for the online mode â€“ also bagged 0G in return for people’s time and effort. In the words of the developer: â€œTime to go outside and find some things to do…â€ 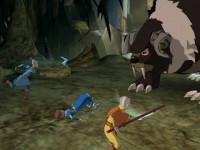 Avatar: The Burning Earth is one thatâ€™s popular with achievement hunters. All five achievements can be unlocked within 2 minutes of starting the game simply by racking up a combo by attacking the first wave of enemies. Itâ€™s because of the ease to get 1000G in an instant that it still sells for between Â£10-Â£20 on the likes of eBay and Amazon despite being released way back in 2008. At the time of typing the PlayStation 2 version will set you back just 36p on Amazon.

Sega Mega Drive Collection, oddly known as Sonicâ€™s Ultimate Genesis Collection in the US, is another one easy achievement hunters like. Theyâ€™re for things like talking to another dolphin in Ecco and collecting 100 rings while playing Sonic 3 as Tails. The latter is even easier to do than playing as Sonic.

And weâ€™ll leave you with what I think is the stupidest achievement ever â€“ throwing yourself off the Golden Gate Bridge in Homefront. Committing suicide, basically. If it were a Lemmings game that would make sense but in a war game it makes none at all.