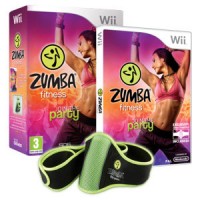 There isnâ€™t much going on in the top five positions of the UK chart – FIFA 12 holds onto the top spot, followed by Battlefield 3, Call of Duty: Modern Warfare 3, Just Dance 3 and Skyrim – but the bottom half of the top 10 has seen a bit of action. Zumba Fitness hurdles back up from #19 to #6 while RAGE has re-entered the top 10, up from #12 to #9.

Zumba Fitness 2 is back on the rise as well, grooving up from #28 to #12. We assume this means that 505 Games are still manufacturing copies of the original even though the sequel has been out for quite a while.

There isnâ€™t a great deal else going on apart from Wii Fit Plus re-entering at #27 and TinTin: The Secret of the Unicorn at #36. The latter is available for Â£12.85 online at the moment.

Nintendoâ€™s Boom Street still eludes the top 40 but itâ€™s in at #20 in the Wii chart.

Horizon Forbidden West returns to no.1 while Xenoblade Chronicles 3 falls to #10

Live A Live enters the UK chart at #6 while Horizon Forbidden West returns to no.1

Amazon Prime Day shakes up the UK top 40, with LEGO Star Wars returning to no.1