A feature on achievements has been a long time coming. How to approach the subject has been food for thought as itâ€™s a wide subject matter. After much deliberation four separate articles seemed the way forward and so for next four weeks weâ€™ll be looking at the best, hardest and stupidest achievements that there are.

First, an introduction is in order. 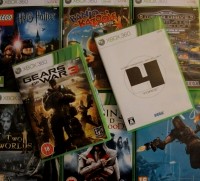 Achievements can be perceived in one of two ways. There are people out there who donâ€™t bat an eyelid when one pops up on their screen while for others itâ€™s an integral part of their gaming experience. We’ve even heard of people basing purchasing decisions on whether a game has easy achievements or not.

Some people have also confessed to buying kids’ games purely for a Gamerscore boost. ‘Stallion83’ is one such being â€“ a man dedicated to becoming the first person to gain a 1,000,000 Gamerscore. His blog charts his voyage, with his Gamerscore currently standing at an impressive 657,401 with 552 games finished in their entirety. Heâ€™s not alone in this pursuit either, with countless others addicted to boosting their scores and sharing strategies on the likes of True Achievements and Xbox 360 Achievements.

When the Xbox 360 launched many developers didnâ€™t ‘get’ Microsoftâ€™s idea behind them. Take a look at the launch games as proof â€“ Ubisoftâ€™s King Kong hands out achievements worth 100G for finishing a level while NBA 2K6 has just five ranging from 150G to 250G. It didnâ€™t take long though for developers behind these games to realise that they were being far too generous. A lot of the early Japanese games were very hard work to get Gamerscore out of too, but as time went on developers from across the world started to include more varied, easier and interesting ways to unlock them.

It didnâ€™t take long for publishers to cotton on to the fact that some people are quite happy to buy rubbish games if the achievements unlock quickly either. Take Terminator Salvation, NCIS, Lost: Viva Domus and Battle: Los Angeles for instance.

Not wanting to miss out on a good idea, Sony soon introduced Trophies into PlayStation 3 games via a firmware update, spawning the likes of the PS3 Trophies website. It has recently been announced that only new PS Vita games will have Trophies â€“ buy pre-owned and youâ€™ll miss out.

I have become something of an â€˜achievement whoreâ€™ myself. For me they have upped the value for money I get out of a game â€“ whereas I would chuck a game on the trade-in pile as soon as the credits rolled I now go back and mop up any achievements I may have missed. Iâ€™ve also played through a few games on hard mode straight from the start and appreciated them a lot more because of it. The Green Lantern, Star Wars: The Force Unleashed and Bionic Commando are three examples, with challenging but fair difficultly levels, that have a bigger dependency of using blocking and cover systems to your advantage when played on the most difficult setting. Also: I quite like the fact that Bionic Commandoâ€™s achievement for finishing it on the hardest mode is called â€˜I Got Hardâ€™.

You can rest assured that achievements arenâ€™t going anywhere â€“ Iâ€™m quite willing to bet theyâ€™ll be even more integral in Xbox 720 titles, perhaps with Gears of Warâ€™s achievement progress tracking as standard for all games. They may even be linked into unlocking rewards online, such as avatar items or early access to betas. We can only speculate, of course.

Join us next week for a look at the best achievements, with the definition of â€˜bestâ€™ being the ones that made us smile for being so daft or encouraging thinking outside of the (x)box.