A publisher would have to be very brave or very stupid to ever release a game based around Christmas. Sure, it might sell well in the run up to the festive season but come January itâ€™ll be as unwanted as those green triangle Quality Street sweets that nobody likes.

Christmas Nights on Sega Saturn is probably the first that springs to people’s minds when it comes festive frolics but there are a few other games based around the most expensive time of the year.

Their quality varies massively though, which we assume is being down to made on a tight schedule.

One certainly worth a look is Christmas Lemmings, known as Holiday Lemmings in the US. It was released on PC and Amiga in 1993 and came in a big box made to look as if it was wrapped up with Lemmings wrapping paper. It was later re-released on PC CD-ROM in 2001. With dozens of new and sealed copies currently on eBay it would appear that it didnâ€™t sell too well. 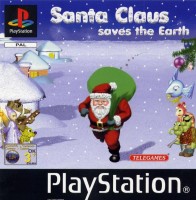 As well as the Will Ferrell’em up Elf, the Game Boy Advance saw three other games starring Santa. There was fellow movie tie-in The Santa Clause 3: The Escape Clause from Buena Vista, Santa Claus Junior from JoWood and Santa Saves the Earth from Telegames. Santa Claus Junior was also on Game Boy Color. Screenshots suggest it was a very different game from the GBA version.

Santa Saves the Earth was also one of the final PSone games. It was hardly a swansong for the system â€“ it was given 1/10 by the Official PlayStation Magazine who compared it to a Commodore 64 game. The box-art looks like it was made using Microsoft clip art. A quick look on Amazon Marketplace reveals that Telegames themselves are selling copies of it for 99p. I bet theyâ€™ve got boxes upon boxes full.

On the other hand, Daze before Christmas is worth a very pretty penny. This Sunsoft platformer â€“ available on both Mega Drive and SNES – was only released in Australia in very small numbers. Itâ€™s a game that isnâ€™t entirely filled with Christmas cheer â€“ Santa can turn into Anti-Claus, a red faced devil, and become temporarily invincible.

More recently there has been We Wish You A Merry Christmas on Wii. This was released in the US in 2009 but only made it to Europe this year. The only review we could find was by Worth Playing. They gave it 4/10 even though they said the novelty wears off in half an hour. 2009 also saw the release of the US-only Rudolph the Red-Nosed Reindeer on DS. Cleaning was listed as one of the mini-games: “Hey kids, I bought you a game where you clean up after Santa’s reindeer!” 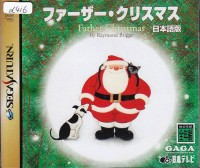 As well as Christmas Nights, the Saturn had another Christmas game â€“ an incredibly random Japanese conversion of a PC edutainment title based on Raymond Briggsâ€™ Father Christmas book. Take a look at this video on YouTube â€“ it really is the most obscure thing weâ€™ve seen in a while.

We hoped that this article would help put readers into the Christmas spirit but with so many awful games starring Santa we may have done the opposite. Sorry if thatâ€™s the case.

Maybe this LOL Cat will fill you with seasonal cheer.