Call of Duty: Modern Warfare 3 has been hyped in such as way that anybody would think itâ€™s the second coming of Jesus. So big is the game that three developers have pooled their resources together, resulting in other projects being put on hold.

Review scores so far include 9.5 from Destructoid, 9 from EDGE, 9.0 from IGN and an 8 from Eurogamer. Sounds like it shows up Battlefield 3â€™s single player mode for the farce that it is, but the multi-player hasn’t changed a great deal.

If you missed the news last week, it has already been reported that thereâ€™s a controversial level to rival Modern Warfare 2â€™s ‘No Russian’ mission. This time round we see a truck full of explosives blow up in London, killing a little girl. Sledgehammer have already said that itâ€™s not there to cause controversy â€“ itâ€™s to show that in war even innocent people suffer.

There are few deals about â€“ Best Buy are offering it for Â£29.99 for today only, Sainsbury’s will let you have it for Â£28.99 when you spend Â£30 in-store while Tesco are doing it for Â£25 when you buy either a Â£16.99 MSP card or a Â£25 PSN card. If youâ€™re going to GAME you can get it for half-price when trading certain new releases including Gears of War 3, Dead Island, FIFA 12 and Resistance 3. Or X-Men Destiny, oddly.

Skip forward to this coming Friday and thereâ€™s another game out that many stores are opening at midnight for – Elder Scrolls V: Skyrim, the sequel to Oblivion. If youâ€™re amongst the first 250 people queuing for Skyrim at either GAME in London (Oxford Street) or Gamestation in Birmingham (New Street) youâ€™ll get yourself a goody bag. The best cosplay outfit will also get a free upgrade to the collectorâ€™s edition, an Xbox 360 and some other swag.

Oblivion was so big that you could spend 100 hours playing it and still not see everything, and with a longer development time behind it you can bet that this is bigger still. But while Oblivion was daunting for some, this time Skyrim is being given a more casual feel. Bethesda has even said thatâ€™s more like Fallout 3 than Oblivion. Bethesda have also said that there may be a few glitches, and to expect a patch on launch day. In other words: they’re shipping it in an unfinished state. Tut tut. 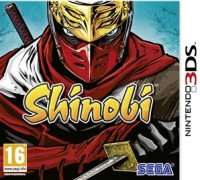 This week also sees a slew of new 3DS games. Theyâ€™re a mixed bunch but still more than welcome â€“ weâ€™re sick of going into a game shop and seeing the likes of Asphalt GT, Rabbids and that dinosaur thing making up most of the 3DS section. Cave Story 3D and Shinobi should be worth a look, Cars 2 and Michael Jackson: The Experience 3D might be alright, while we wouldnâ€™t be surprised if the press arenâ€™t given copies of Puzzler Mind Gym 3D, Zoo Resort 3D and the budget-priced Puppies World 3D to review.

A few ‘non-games’ (for want of a better word) are out too – Jillian Michael’s Fitness Experience, My Self Defence Coach and Your Shape Fitness Evolved 2012 on Xbox 360 and the trippy looking meditation tool Deepak Chopra’s Leela on Xbox 360 and Wii. Thereâ€™s a demo of that last one on Xbox Live. Why itâ€™s a full price release weâ€™ll never know.

Lastly, thereâ€™s Jungle Kartz on Wii. We were a little curious about this one â€“ itâ€™s by Brain In a Jar, who were once working on a reasonably impressive looking Ferrari game. The video theyâ€™ve uploaded on YouTube has calmed our curiousness â€“ it looks mediocre at best. It could still be better than next week’s DreamWorks Super Star Kartz though.