Publishers tend to be a predictable bunch, releasing sequels and yearly sports updates, snapping up cartoon and movie licenses, and occasionally setting up new studios while closing down older ones.

Itâ€™s a little odd, then, that when a publisher does something out of the ordinary it often goes unnoticed. A little research into the subject reveals a whole host of games published by very unlikely candidates.

Only recently Sega announced that theyâ€™re publishing a few EA games in Japan including FIFA 12, Shadows of the Damned and Battlefield 3. You may wonder what the point of releasing a FPS in Japan is, seeing as the nation isnâ€™t fond of first person games, but there is a rather unknown cult following out there who purchase western titles much like the way certain UK gamers will buy every Japanese RPG that comes along.

Itâ€™s this reason that we assume Capcom took up the chance to release Grand Theft Auto in Japan. They must have done well as they ended up publishing four of them â€“ GTA III, Vice City, San Andreas and GTA IV.

Square-Enix even managed to find solace in publishing Activisionâ€™s James Bond: Quantum of Solace. Again, this must have done rather well as they more recently released James Bond: Blood Stone. 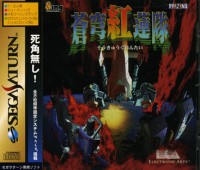 Going several years back, EA released a 2D shooter Soukyugurentai on Sega Saturn in Japan. If only they had been so brave with their western Sega Saturn games â€“ all we saw were multi-format releases.

Microsoftâ€™s publishing past is curious too. The Game Boy Color saw the dully titled The Best of Microsoft Entertainment Pack which contained dozens of games which were first released on Windows including SkiFree and FreeCell.

Sony meanwhile got their gaming feet wet prior to PlayStation with a range of games on the generation before under the moniker of Sony Imagesoft. Some of these were pretty good, like Mickey Madness, but others such as The Last Action Hero and Cliffhanger werenâ€™t so great.

Especially when it comes to Japanese outputs, perhaps publishers aren’t quite as predictable after all.