We always strive to bring you articles that are slightly different to the likes of Eurogamer and IGN. So, hereâ€™s a feature we donâ€™t think has been done before: comparisons of the typical software released for a console at launch and near death.

Although we could go back as far as the cassette-based formats, weâ€™ll start off with the PlayStation and Saturn. 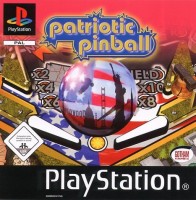 The PlayStationâ€™s launch games packed a solid punch, showing what the system could do. WipEout helped give the PlayStation instant street-cred, while the likes of Tekken and Ridge Racer showed it could bring Namcoâ€™s then current arcade games to homes with relative ease.

By the time the PlayStation was fading fast, most software was of the Â£9.99 budget variety from Midas, XS Games and Phoenix. Take-Two published some of the final European PlayStation games which were very US-orientated like Ford Truck Mania and Patriotic Pinball, which celebrated everything USA flavoured. Hardly patriotic for us, was it?

The Saturnâ€™s range of software didnâ€™t change that massively. The majority of early titles were arcade conversions (Daytona, Virtua Fighter, Sega Rally) with a handful of Japanese titles of niche appeal bought over seemingly just to bulk out the Saturnâ€™s catalogue. Mansion of Mystery Souls and Virtual Hydlide, anybody?

Third party support picked up a few months after launch, but then dropped a year or so later it came apparent that the PlayStation was going to be the more popular of the two consoles.

Finishing as it started, the Saturnâ€™s final year on the market gave us arcade conversions (Last Bronx, Sega Touring Car, The House of the Dead) and niche Japanese titles (Deep Fear, Enemy Zero, Panzer Dragoon Saga). Only EA and Midway hung around to the very end, offering a handful of multi-format releases.

The Nintendo 64 didnâ€™t see a change in pattern either. It spent most of its life surviving on big releases from Nintendo and Rare every few months, with a few significant third-party games here and there. THQ stepped in to the rescue during the systemâ€™s final days, picking up the rights to publish Conkerâ€™s Bad Fur Day (which was too naughty for Nintendo to touch) and Star Wars: Battle for Naboo.

The GameCube didnâ€™t go out on the same high as the N64 though, due to the Wii being on the scene. After Zelda: The Twilight Princess, all it saw were cartoon licenses like Meet the Robinsons and some Shrek karting game.

Both the N64 and GameCube had Wave Race and a Star Wars title at launch, incidentally.

The launch line-up for the Dreamcast is regarded as one of the best ever assembled: Sonic Adventure, Power Stone, Ready to Rumble, Toy Commander, Hydro Thunder, The House of the Dead 2, Marvel Vs Capcom – we could go on for a while yet.

It wasnâ€™t Sega that published the last few games for it in Europe, but rather Big Ben, who picked up the rights for Capcomâ€™s Cannon Spike and Heavy Metal: Geomatrix, and helped Ubisoftâ€™s Conflict Zone and Evil Twin get Euro releases long after theyâ€™d been available in the US. Europe also received Shenmue II, which wasnâ€™t available in the US until the Xbox version arrived a few years later.

Microsoft certainly picked some very strange games for the Xboxâ€™s launch. Their aim was easy to pinpoint: they wanted to cover every genre. Oddworld Munch’s Oddysee was made an Xbox-exclusive to provide platforming frolics, while Dead or Alive 3 and Project Gotham Racing had the fighting and racing genres sorted. Halo was the system seller, while we assume snowboarding sim Amped was there to make the system look cool (no pun intended).

But what about RPGs and action games? We received the frankly awful Azurik and Nightcaster. Fuzion Frenzy was seemingly there just to justify the console having four controller ports, while we wouldnâ€™t be surprised to hear of Bloodwake being made off the back of the Xboxâ€™s ability to render realistic looking water effects. Lest you forget, all of these were published by Microsoft themselves.

When the Xbox bid us farewell, just one short year after the 360 was launched, it left us with some multi-format games (Need for Speed: Carbon, Scarface, Call of Duty 3) and some titles from smaller developers like Dreamfall, Painkiller and Frankie Dettori Horse Racing. Quite the departure.

At the time of typing there are still two PlayStation 2 games due out: FIFA 12 and NBA 2K12. There have been a couple of other games released for it this year as well – Ben 10: Cosmic Destruction and WWE All Stars – but mostly over the past couple of years Sony has served up PSP ports (WipEout Pulse, Secret Agent Clank, Motorstorm: Artic Edge) as well as Singstar titles which obviously cost very little to produce.

People would often joke about how many racing games were available on PSP at launch, and to be fair they were right to laugh about it; for the PSPâ€™s first year on the shelves it did seem like every other game released was a racing game.

The system saw a lull in software about two years ago, but it has bounced back over the past year thanks to Square-Enix releasing a steady slew of quality RPGs. A majority of the other releases have been mere budget re-releases, packaged in distinctive orange packaging. I suppose it gives retailers something to put on their shelves until the PSVita arrives in a few months.

The main reason consoles see a change in variety of software is because as gamers â€˜upgradeâ€™ to the latest system, they often pass their beloved consoles down to younger family members, thus reducing the age of the target audience for that system.

Price drops also contribute: unless they’re particularly spoiled, a child is more likely to receive a Â£100 PlayStation 2 for Christmas rather than a brand new PlayStation 3. Remember: the PlayStation 3 was Â£420 at launch.

Sony has been quite happy to let previous PlayStations overlap to allow this younger market to emerge naturally, unlike Microsoft who killed the Xbox off very swiftly. Microsoft could have easily dropped the price of the Xbox and kept it going, encouraging developers to make software for it aimed at the younger market, but because the Xbox only made a loss that was never going to happen.

Nintendo systems always have at least one eye on the younger market and are supported heavily by Nintendo themselves, hence why we see no changes in pattern – apart from the Wii, which launched with Zelda and a load of sloppy Ubisoft conversions, and looks likely to die surrounded in fitness software and dancing games.

And Sega? Sega tended to balls things up: they rushed the Saturn out, making it hard for developers to get the most out of it; and they washed their hands of the Dreamcast mid-life. Harsh, but true.