Every month Matt pulls a magazine out for under his bed and gives it a fine going over. Stop giggling at the back there â€“ weâ€™re talking about video game magazines. This month: issue 9 of The Official Dreamcast Magazine from July 2000.

Official magazines are dubious things. There was the time that the Official PlayStation Magazine gave the dire Star Wars: The Phantom Menace a 9/10, much to the bemusement of the entire gaming industry. Bemused, that is, until it later emerged that the magazine staff were treated to a trip to Skywalker Ranch in the US.

And how can we forget the Official Xbox Magazine thoroughly praising the mediocre Blinx: The Time Sweeper before dishing out 9.3? 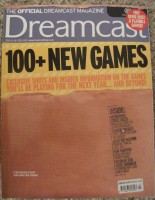 The Official Dreamcast Magazine, however, was incredibly trustworthy. As early as the first issue they dished out a 3/10 (for WWF Attitude) prompting readers to write in and commend their honesty.

In actual fact, the magazine was perhaps a bit too harsh when it came to reviews. MDK 2, which was both good looking and innovative, was given a 6 when the majority of other Dreamcast magazines were handing out 8s and 9s for it. Even games published by Sega themselves were given negative reviews – Buggy Heat scored 4 while Red Dog got a 5. Like MDK 2, review scores for these two were a lot higher in other magazines.

But letâ€™s just rewind for a second. According to internet folklore, when Sega were looking to hand out the official Dreamcast license to magazine publishers they were each asked to make a mock up of how their publication would look. Future was apparently nearly awarded the official moniker for use on DC-UK but it ended up going to Dennis.

Their effort turned out to be a very easy to read publication with some nice features (although perhaps a few too many interviews with video game musicians) while reviews had large screenshots that often took up half the page. A lot of the writers were ex-CVG, including Ed Lomas and Alex Huhtala, so rest assured that they knew their gaming onions. Towards the back of the magazine two pages were dedicated to reader reviews, while readers could also pitch their questions to Sega themselves on the letters page. 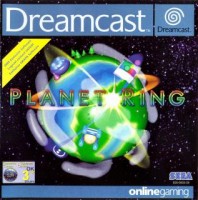 Unlike the Official Sega Saturn magazine, which only came with a demo disc every three or four issues, a disc was given away with every issue of ODM. These were referred to as â€˜DreamOnâ€™ discs and on two occasions full games were given away. The first of these was Sega Swirl – a puzzle game similar to Bejewelled – while the second was Planet Ring, an â€œonline theme parkâ€ containing four mini-games.

When Sega made the rather surprise announcement that they were dropping the Dreamcast, games were canned left, right and indeed centre. With the release schedule starting to look barren it was announced that the magazine was to go from monthly to bi-monthly. Somebody at Dennis Publishing must have changed their mind shortly after this decision, as the magazine was axed completely shortly after the bi-monthly announcement was made. The last DreamOn disc contained no new demos but rather a round-up of the best games the Dreamcast had to offer.

The last couple of issues were very painful to read as it was all too apparent that they were struggling for content. 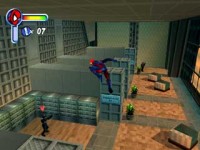 Their multi-page preview of Activisionâ€™s Spider-Man from the final issue (#21) is a perfect example, containing huge screenshots and blown-up artwork just to fill the pages. It wasnâ€™t the last Dreamcast magazine on the market though – the lazily titled Dreamcast Magazine managed to survive for many months after the Official Dreamcast Magazine perished. Because they were an unofficial magazine they were able to review import games, giving them plenty of content to cover.

Iâ€™ve thrown away, lost and given away most of my Official Dreamcast magazines, but kept hold of issue 9 as it features mini previews of over 100 then upcoming Dreamcast games. Over 50 of these ended up either canned or denied a European release, including Half-Life, Black & White and System Shock 2. In this issue they also rather amusingly refer to Mr. Driller as Mr. Digger in their preview.