Our cynical side told us to be wary of Dead Island. The trailer caused a lot of excitement on the ‘net but fancy CGI alone isnâ€™t enough to distract from the fact that itâ€™s by the developers behind Call of Juarez – a series that hardly has a glowing reputation. Were we right to be wary? Yes and no. General opinion seems to be that itâ€™s an entertaining game but incredibly rough around the edges with a shoddy graphics engine and some strange glitches. Itâ€™s certainly a big game though – both Eurogamer and IGN said it took them around 25 hours to finish. Eurogamer gave it a 6 while IGN an 8.0. EDGE wasn’t quite able to look past the glitches though – they gave it a 3/10. “An additional quirk sees everyone refer to your character as â€˜himâ€™ â€“ even if you play as a woman” they said. 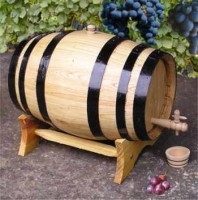 If youâ€™re more into sci-fi than zombies, this week also sees the release of Warhammer 40,000: Space Marine and Resistance 3. If youâ€™re thinking that Space Marine is a Gears of War clone youâ€™re wrong. Not just because Space Marine did chainsaw bayonets and bulky body armour way before Gears of War but because it plays differently with no cover system and a bigger focus on hacking and slashing. Reviews so far include 6/10 from Eurogamer. With heavy promotion behind it – including trailers in the cinema – THQ clearly has high hopes.

Resistance 3 is guaranteed to do well though, thanks to the seriesâ€™ cult following and strong reviews. Eurogamer said itâ€™s a single player game foremost with the multi-player modes (including two player co-op) taking a back seat. They found the multi-player mode a bit frustrating – when you start out you only have a basic arsenal, compared to players who have clocked up the hours and unlocked weapons that can fire through walls and whatnot. 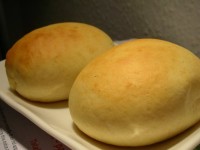 Hard to believe, but Star Fox 64 3D is only the fifth 3DS game to be published by Nintendo. Third parties complained that only Nintendoâ€™s software sells well on Nintendo formats, so they stepped aside. I bet theyâ€™re regretting that decision now after the likes of Konami and Namco delayed their 3DS titles due to poor console sales. Itâ€™s a real â€˜catch 22â€™ for both Nintendo and publishers. I digress, sorry. The Official Nintendo magazine gave this remake an eyebrow raising high 94% while NGamer Magazine gave it a much more realistic sounding 87%. EDGE enjoyed it too and gave it an 8. NGamer said the visuals are a little scrappy in places but the Star Fox magic shines through. â€œThey donâ€™t make games like this any more; they remake them,â€ they said. Nintendo are also publishing Mystery Case Files: The Malgrave Incident on Wii this week, which is aimed at the casual market.

Also out are Rise of Nightmares, El Shaddai: Ascension of the Metatron and Monkey Island Special Edition Collection. Rise of Nightmares is a Kinect-exclusive from Sega that has been getting good early reviews including a B+ from Gaming Age. El Shaddai: Ascension is another thatâ€™s been given the thumbs up, with praise being given to the artistic direction and an novel combat system that involves stealing enemiesâ€™ weapons, purifiying them, and using them against them. Thereâ€™s a demo on Xbox Live if youâ€™re curious. Monkey Island Special Edition Collection meanwhile contains Money Island and its sequel plus codes to download avatar items. You should be able to find it for under Â£15 online at places like Zavvi.