Every month Matt pulls a magazine out for under his bed and gives it a fine going over. Stop giggling at the back there – weâ€™re talking about a video game magazine. This month: issue 54 of N64 Magazine from May 2001. 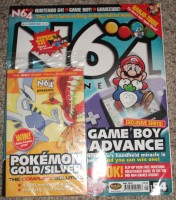 Now hereâ€™s a publication that you always knew where you stood with – the writers were completely biased. Biased, that is, towards decent games that made good use of the N64â€™s then powerful innards. The best games the N64 had to offer were celebrated and praised heavily; lazily made games were frowned upon and laughed at. The systemâ€™s worst games were often ridiculed months after their release, with Superman 64 being just one game that was taunted on a regular basis. Did somebody say something about mazes?

When the N64 launched a wealth of N64 magazines littered the shelves. I forgot their names but pretty much all of them had ’64’ in their titles. One by one they ceased to be, but N64 magazine continued to stand proud, adapting to the N64â€™s staggered release schedule by including a Game Boy Color section – in which games were rated out of five – and later Game Boy Advance reviews. When Nintendo World magazine folded they also pinched a few of their more interesting regular features. The magazine eventually turned into NGC Magazine before becoming NGamer. Fun fact: they originally planned to call NGamer â€˜Game Nâ€™ until they released what it sounded like when said out loud. 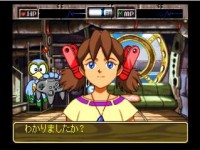 During the early days, when new releases were thin on the ground, they would often review the US or Japanese version of a game one month and then the UK version the month after. Finding new games to review also led them to covering some very obscure Japanese titles such as Wonder Project J2, 64 O-Sumo and Get A Love: Panda Love Unit.

Regular readers were treated to a string of in jokes and seemingly random updates on how the office plant was doing. Some of the better free gifts taped to the front cover included a cart rack, a Worms Armageddon ballpoint pen, and a box resembling a VHS case designed to protect your copy of Donkey Kong 64. It is impossible to tell if any of these gifts were worth any more (or less) than Â£7.

Letâ€™s take a look at the issue in our hand, which rather bizarrely dedicates the front cover to the Game Boy Advance and gave Custom Robo V2 a higher score than Banjo-Tooie.

Even though the reviewers were sent their games for free, you could tell that they understood that Â£50-Â£60 was a hell of a lot of money for their readers to shell out. This showed not just in their honest reviews but the lengths they took to show their readers how to get the most of their games. The only real gripe I can aim at the magazine is that they once put Gex on the front cover. If they were struggling for content that month, they should have just put an image of a Grackler on there.