I was recently informed by Angry Birds that I’ve played it for more than five hours. That made me think two things: 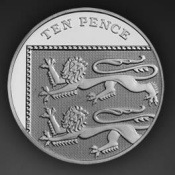 And that made me think: how achievable is 10 pence an hour for a console game?

Before I continue, I know I’m on a hiding to nothing by comparing the experience of a casual game on a smart phone, to a console game on a nice big telly. But I’m intrigued nonetheless.

There’s one crucial difference that we need to take into consideration: console games retain value, and can be sold on. And that value depends on when it’s sold on. So let’s work through a few examples.

Buy it, sell it

Let’s take the Xbox 360 version of Brink first, for no better reason than it was released on Friday and it’s currently #1 in the chart.

The best price I can find online is about Â£33. At the time of writing, CeX will buy it for Â£28. So if you bought Brink, played it solidly, and sold it on quick sharp, it might only cost you Â£5.

To achieve 10 pence an hour, you would have had to bang in 50 hours of play. That’s a lot – especially in a short period of time.

But 20 hours seems quite achievable, and that would give you 25 pence an hour – not an order of magnitude away from what we’re looking for.

Buy it, keep it, sell it

What if you hold on to a game for longer? Let’s go back about a year and, for no good reason at all this time, consider Red Dead Redemption – again, for Xbox 360.

I can’t imagine that I’ve ever played any game for 240 hours. Maybe you have. Even if so, it’s surely the exception, rather than the rule.

I think we’re quite a way from 10 pence an hour here.

Leave it, buy it, sell it

One final case – what if you bought Red Dead Redemption now? I can find that online for about Â£15, which gives a cost of Â£6 – which is in the same territory as Brink. So not far off the magical 10p. 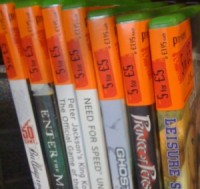 The lesson is pretty obvious: the sooner you sell on your games, the greater proportion of your original outlay you’ll recoup.

The remarkable thing is that, if you do it quickly enough, then actually console games aren’t necessarily vastly more expensive – on an hourly rate – than a 59p iPhone game.

Which strikes me as something to shout about, if you’re looking to defend the pricing of console games.

So why isn’t that argument put forward by the industry? Because publishers hate the second-hand trade in games. The tight-fisted killjoys.