L.A. Noire is the type of game thatâ€™ll make your console feel all shiny and new, spouting some of the most realistic facial animation seen this generation. Itâ€™s a very ambitious game but unlike most that overload on features this one comes close to perfection with only a few repetitive tasks to drag it down. With a 20 hour length you wonâ€™t be finishing it too quickly either. If youâ€™re not old enough to buy L.A. Noire then worry not – PlayMobil Agents is out on DS this week. Titter.

Dead or Alive: Dimensions is the first big and bouncy 3DS release since launch. That’s providing we don’t count Steel Diver, which was a bit of a damp squib. If it doesn’t make the top 40 next week then I’ll be very surprised. 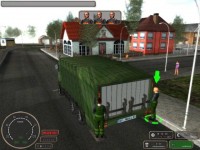 Dragon Quest VI: Realms of Reverie, again on DS, is the only other new game of note. Thatâ€™s unless you count Garbage Truck Simulator on PC, which is only worth noting for the fact that somebody thinks gamers want to go around picking up other peopleâ€™s virtual trash. Thereâ€™s a chance that Dragon Quest VI: Realms of Reverie could become uber rare and collectable much like 2009â€™s Dragon Quest V, so if youâ€™re curious itâ€™s probably best to make a purchase sooner rather than later.

The rest of this weekâ€™s releases are merely the first batch of Nintendoâ€™s new Nintendo Selects budget range. Specifically, Wii Sports, WarioWare: Smooth Moves, Mario Strikers Charged Football and Animal Crossing: Let’s Go to the City. Play seems to be the cheapest for these, charging Â£14.99 a pop. Amazon on the other hand wants a ridiculous Â£24.75 each.