Steel Diver isnâ€™t quite the triple-A title the 3DS needs right now, but with most reviews around the 7/10 mark itâ€™ll probably tide you over until Zelda: Ocarina of Time is released. Plants vs Zombies on DS does sound like a much better proposition, however. It may not be the best version, or in indeed in 3D, but itâ€™s a game thatâ€™s very hard to dislike. Â£17.99 from HMV seems to be the best price at the moment. 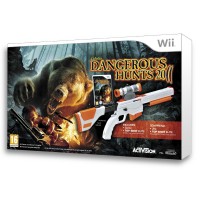 There are a few other games out on DS this week too. Youda Safari is based on a free flash game while Samantha Swift and the Hidden Roses of Athena and Hidden Mysteries: Salem Secrets both appear to be very po-faced adventure games. The only one of these I’ve managed to find a review for is Samantha Swift, which is apparently a fun time-waster although rather casual.

No games for PlayStation 3 this week, and only one each for Xbox 360 and Wii. Mircosoftâ€™s box gets The First Templar which worryingly hasnâ€™t been reviewed yet, and six months after its US release Activision has suddenly decided to release Dangerous Hunts 2011 on Nintendoâ€™s white box of tricks. Gamespot said that thereâ€™s â€œsome fun to be had in these huntsâ€ although I expect thatâ€™s because comes with an elaborate looking gun.